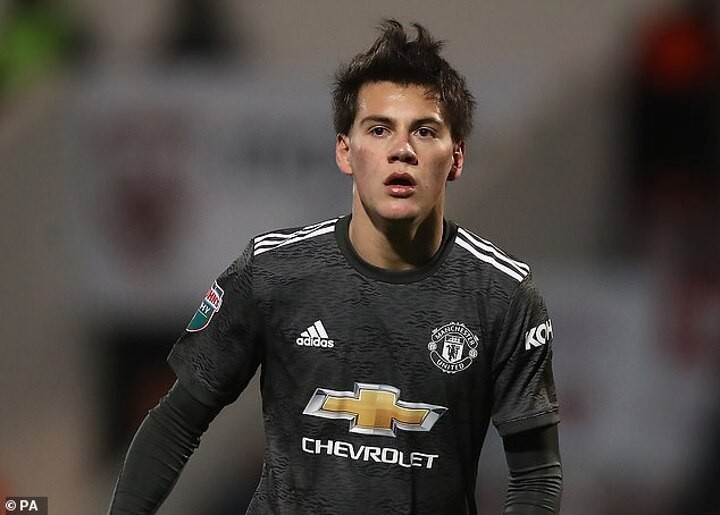 Club Brugge and Alaves are leading the race to sign Manchester United youngster on loan this month Facundo Pellistri, according to reports.

United boss Ole Gunnar Solskjaer revealed on Tuesday that the 19-year-old - who only joined the club in October - will be allowed out on loan this month to give him more experience at a higher level.

The Uruguayan cost around £9m after arriving from Montevideo-based outfit Penarol and has impressed for the Red Devils at youth level - now he will be hoping for regular minutes in a competitive European league.

Belgian outfit Brugge are favourites to land the winger on a deal until the end of the season, as reported by Goal, with LaLiga side Alaves another side keeping tabs.

Pellistri has always been keen on a move to Spain, but a switch to Brugge appeals to him more because of their need for a new right winger, the report adds. The club have been in regular contact with him over the move and promised him a key role in their starting XI, it says.

While LaLiga would pit him against some of the best talent in the world, Brugge are currently top of the Belgian top flight and will compete in the Europa League after being knocked out of the Champions League group stage.

There is little chance of him featuring for the United senior squad this season with the team fighting at the top of the table for the Premier League crown.

Solskjaer said he was more than happy for Pellistri to enjoy a short term loan, but stressed that Amad Diallo - who linked up with the club this month after a £37m move from Atalanta - is in the frame to play his part this season.

'There have been talks and quite a few clubs interested in Facundo to go out on loan and maybe that's something we'll let him do. We want him to have football at a high level,' Solskjaer said this week.

'With Amad, it's a different scenario. He's had a good training regime and programme, he's doing well and it won't be too long until I can bring him into the squad.'

Meanwhile, Jesse Lingard and Brandon Williams are also set to be shipped out on loan in this transfer window, with the pair not currently in Solskjaer's plans. Lingard is a target for West Ham United, who are trying to turn Said Benrahma's loan move into a permanent one to free up space.

United host bottom club Sheffield United at Old Trafford on Wednesday night as they bid to leapfrog rivals Man City and go top of the table once again.