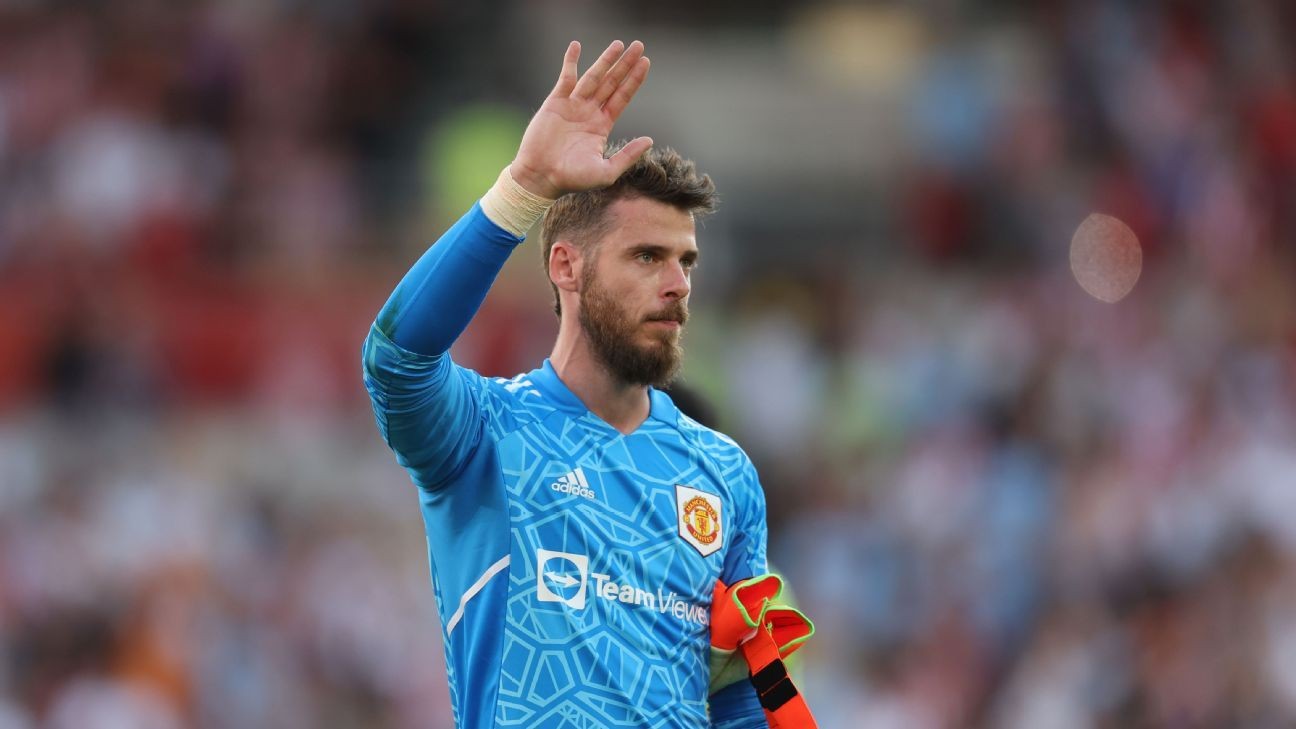 David de Gea has said Manchester United are struggling to get over last season's traumatic campaign and added the hangover is contributing to a nightmare start to life under Erik ten Hag.

Ten Hag is the first United manager in more than 100 years to lose his first two games in charge after back-to-back defeats to Brighton and Brentford.

The 4-0 humiliation at the Gtech Community Stadium on Saturday left Ten Hag's team bottom of the Premier League table and De Gea said the dismal end to last season, when United lost seven of their final 12 games, is playing a part.

"It was a difficult season and probably it's still in our minds," he said. "When something goes wrong people get panicky, it's difficult. But we have to learn, we have a new manager, some new players, we need to be more positive, keep learning and improve."

All four goals at Brentford were conceded in the opening 35 minutes, prompting Ten Hag to replace Luke Shaw, Lisandro Martinez and Fred at half-time. The Dutchman said afterwards he wanted to change his entire starting lineup following a disastrous first 45 minutes and De Gea said the United boss relayed his anger to the players at the break.

"He said it was unacceptable, what we were doing on the pitch," De Gea said. "Nothing else to be honest. It was horrible, then some tactical things. It was horrible from us.

It won't get any easier for United with Liverpool their next opponents at Old Trafford on Aug. 22. United haven't beaten Liverpool in a league game since 2018 and the last three fixtures against Jurgen Klopp's side have ended in three defeats and a combined score of 13-2.

"It's about winning games," De Gea added. "As soon as we win one game, two games, we're going to start feeling better and more positive.

"We're training really well, people are training hard, everyone is giving everything, to be honest, but then in the games we are not performing. For sure we're going to learn, we have to learn and we have to play much better."