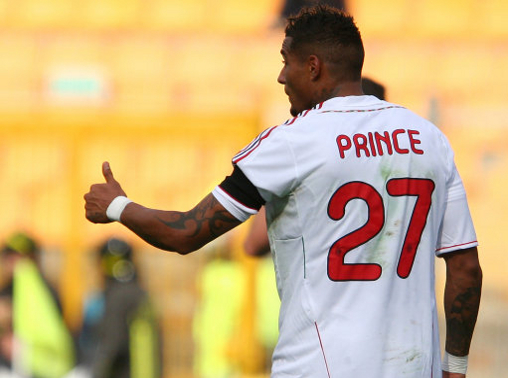 Ghanaian midfielder Kevin-Prince Boateng has been linked to a move to Manchester United.

The 25-year-old who has rebuilt his reputation since leaving England for Italy with AC Milan is seen as the ideal replacement for ageing Paul Scholes.

With Michael Carrick not as effective as expected, the uncertainty surrounding Darren Fletcher and the consistently inconsistent form of Anderson, Boateng is more favoured to get the United midfield going again.

The former Ghana international also appears unsettled at Milan with their shambolic start to the Serie-A season and the stalling of new contractual talks.

The Rossoneri have lost three of their five games so far and with their increasing need for cash to ensure the club is financially viable, a sale of Boateng cannot be totally ruled out.