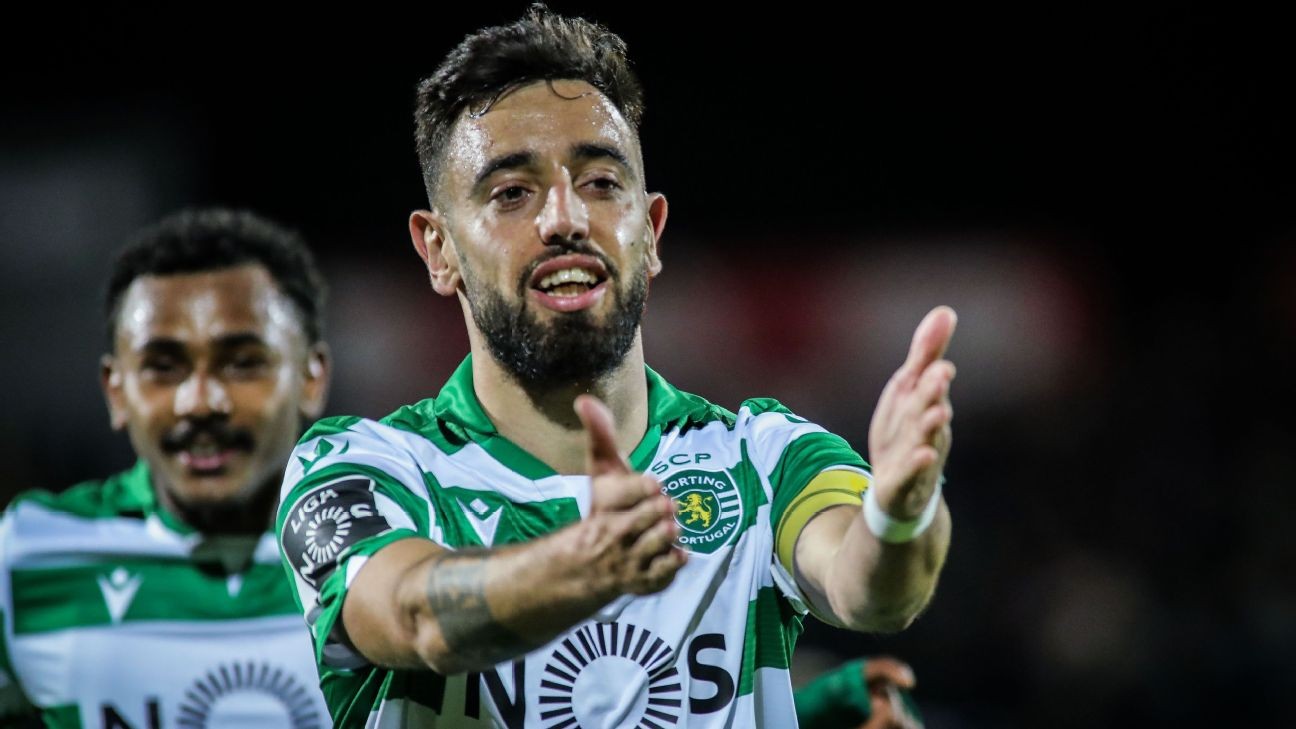 Jurgen Klopp says it's strange for a club like Man United to take such a defensive approach to matches.

Ole Gunnar Solskjaer outlines the reasons why Harry Maguire will continue to be Man United's captain.

Manchester United are prepared to walk away from a deal for Bruno Fernandes unless Sporting Lisbon drop their demands, sources have told ESPN.

Sporting want €65 million up front and another €15m in add-ons for Fernandes, a stance that has baffled United because the Portuguese side were prepared to let the midfielder join Tottenham in the summer for around €45m plus add-ons.

Fernandes is keen to move to Old Trafford but the transfer is on the brink of collapse unless Sporting lower their valuation. United's recruitment plan is focused on the summer and they will only add players in January if the right deal can be secured.

Sporting had hoped to include Marcos Rojo in any agreement but the Argentinian is not keen to return to his former club.

Manager Ole Gunnar Solskjaer is in need of a midfielder after losing Paul Pogba and Scott McTominay to injury but he is prepared to wait until the summer to bolster his squad.

Fernandes played 90 minutes for Sporting in their 2-0 home defeat to Benfica on Friday night. He has scored 15 goals in 26 games this season.

Asked on Friday whether the Lisbon derby had been Fernandes' last game, Sporting manager Silas said: "I hope not. So far we don't know and neither does Bruno.

"We will try to keep him for more games, but it is not up to us.

"We understand the ambition of the player, who prefers to play in a league superior to ours. There has been talk about the English league, but who wouldn't like to play there? Bruno deserves everything."