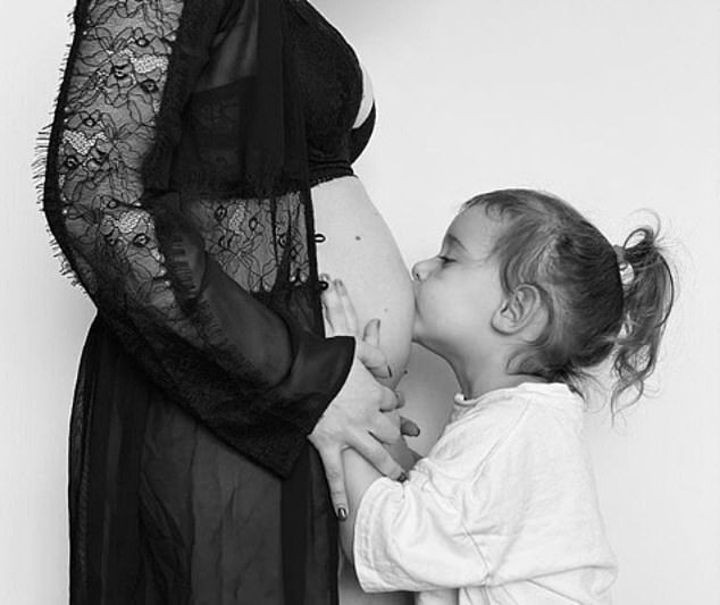 Bruno Fernandes and his partner Ana Pinho are expecting their second child, a baby boy.

The couple both shared pictures on Instagram revealing the happy news with Pinho writing: 'A boy on the way.'

Fernandes posted a snap of his young daughter Matilde kissing the belly of his partner in a black and white photo.

The good times keep coming for the Manchester United midfielder, who has adapted brilliantly to his new home.

Before the coronavirus pandemic brought a stop to football across the continent, Fernandes was on fire for the Old Trafford club.

Having splashed out what may end up being £67million on the former Sporting Lisbon man in January, many were watching on with interest to see how the attacking midfielder would slot in.

He immediately brought a creative spark to United's play in the final third, offering both a goal threat and providing for team-mates.

In eight matches so far, he has been on the scoresheet three times and delivered the same number of assists.

Many United fans are looking forward to the prospect of seeing Fernandes combine with fit-again Paul Pogba if and when the Premier League resumes.