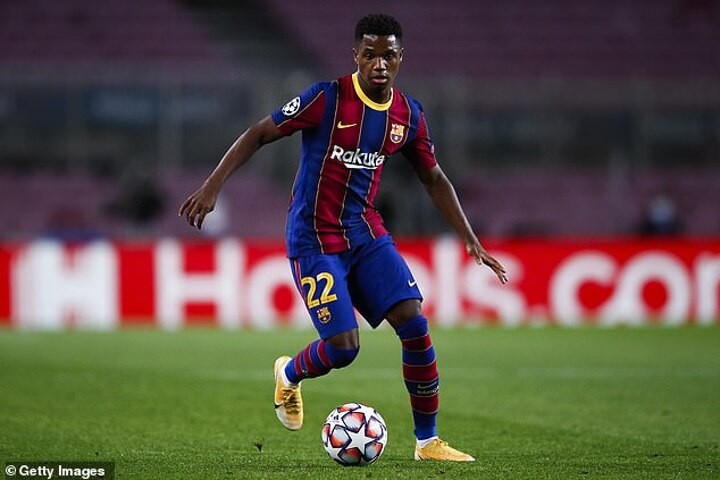 United were eager to sign the 18-year-old, who is one of the standout youngsters in world football.

As reported by Sport, United wanted to bring in the winger after failing to secure a deal for Borussia Dortmund's Jadon Sancho.

United attempted to bring in Fati for a significant fee despite their financial problems. They are on course to record losses of nearly £200million during the current campaign.

Fati has a release clause of £357million (€400million) in his contract.

The starlet has already made 43 appearances for Barcelona, during which he has scored 13 goals and provided five assists.

In addition Fati has broken into the Spain senior squad and has been capped four times.

However, he is currently sidelined with a meniscus injury that could keep him out for four months.