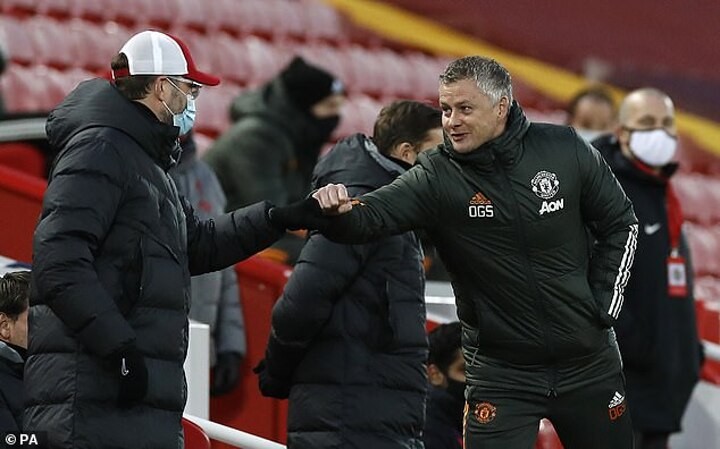 Liverpool and Manchester United, the architects of Project Big Picture, have been kept off the working group charged with delivering the Premier League's strategic review into the competition's structure and governance.

The Premier League have attempted to ensure that a broad range of clubs are involved in leading the review, so it is not dominated by the demands of the Big Six.

Intriguingly, Purslow was one of few top-flight executives to comment on the Big Picture proposals last year and was highly critical, saying the plans formulated by Liverpool and United should not be given much credence.

Derby remain concerned about potential espionage at their training ground two years after the Marcelo Bielsa Spygate saga. However, on this occasion the culprits are closer to home.

The club's social media team were taken to task by Wayne Rooney's coaching staff last month after they released video footage and photographs of the side training in formation ahead of Derby's Championship match against Middlesbrough.

The offending footage was quickly deleted amid concerns it would give Boro manager Neil Warnock a clear idea of the plans Rooney had for the game, although given Derby won 2-1, such fears were unfounded.

Lower-division and non-League clubs are reluctant to apply for the Government's sport survival funding, which was doubled to £600million in the Budget, due to the restrictions that are being attached to the loans and grants.

The scheme is being administered by Sport England, who are insisting any club that accepts funding cannot be sold until it has been repaid.

Given that the majority of EFL clubs are always looking for fresh investment, a need which has increased in recent months due to the financial impact of the pandemic, many regard the no-sale rule as overly punitive.

Farrelly in the PFA frame

Former Republic of Ireland midfielder Gareth Farrelly has emerged as a strong contender to become the next chief executive of the PFA.

The 45-year-old solicitor, who played for Aston Villa and Everton during his 15-year playing career, specialises in tax and fraud cases and has also worked extensively in football in recent years, sitting on the FA and Premier League's judicial panels and acting as an arbitrator for the Court of Arbitration for Sport.

PFA chairman Ben Purkiss, and former players Jason Roberts and Jonathan Walters, have also applied for the role, with headhunting firm the Savannah Group expected to finalise the shortlist this month.

Premier League clubs are pushing to ensure their foreign Under 21 players will be treated the same as English youngsters if the emergency loan system is revived next season.

There is concern that the FA will seek to restrict the freedom for Under 21s to go on loan outside transfer windows to homegrown players.

Such a move would suit the governing body because more opportunities for English youngsters to get game-time would benefit England manager Gareth Southgate.

The clubs will argue strongly, however, that all Under 21 players should get the same opportunities, irrespective of their nationality.