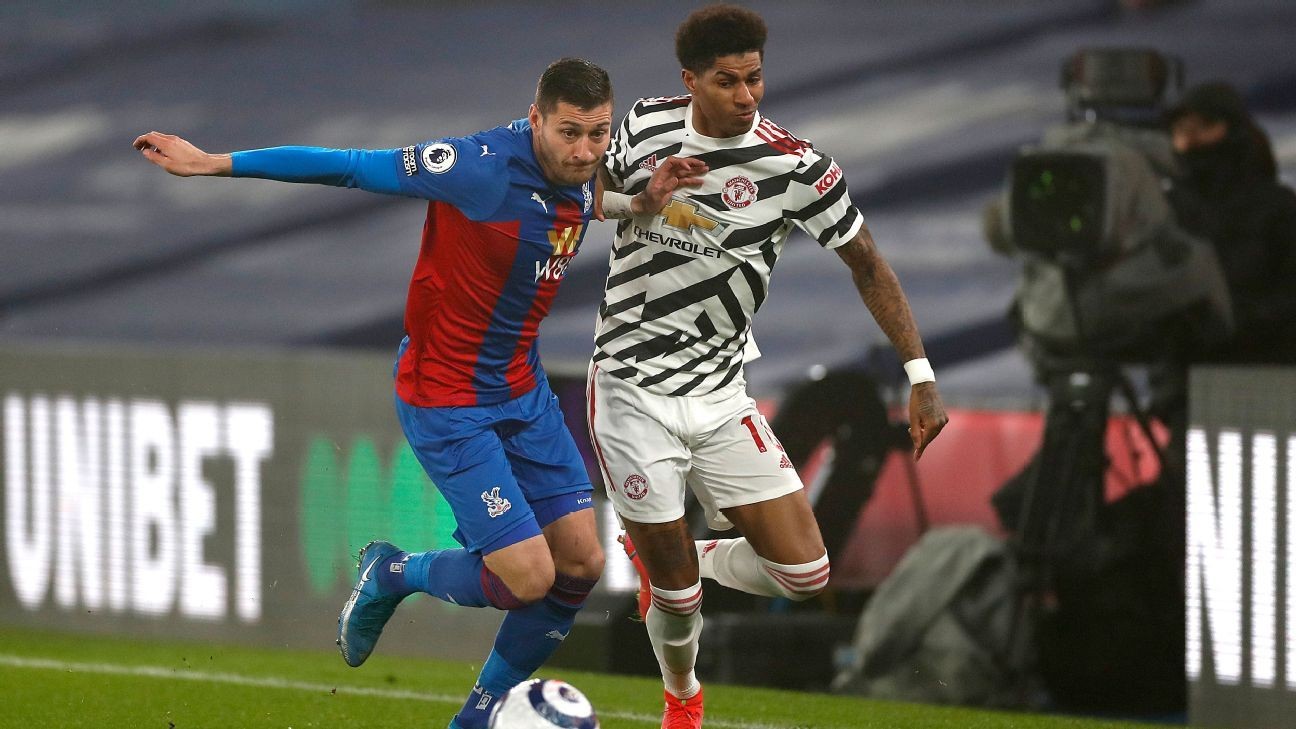 Manchester United were held to a third successive 0-0 draw in all competitions after they failed to break down Crystal Palace in a dour Premier League clash played in foggy conditions at Selhurst Park on Wednesday.

The result left United second on 51 points from 27 games, 14 behind runaway leaders Manchester City ahead of the Manchester derby on Sunday while Palace stayed 13th on 34 points.

Manchester United were held by Crystal Palace to a scoreless draw. Getty

"It's disappointing. We were just a little bit off. If you're not spot on you won't win games. Palace always make it hard for you," United manager Ole Gunnar Solskjaer said after the match."

After goalless stalemates at Chelsea on Sunday and against Real Sociedad, which completed a 4-0 aggregate win over the Spanish side in the Europa League last Thursday, a weary-looking United lacked edge again.

"In the second half we never got going. "Sometimes it's human nature, sometimes you don't work at your best. Today we didn't. It's been a long season - I'm not blaming that because everyone has the same season. You're playing against a good team who make you play the way they want to," Solksjaer added.

Striker Edinson Cavani was a surprise starter after missing the last four games with a muscle injury and he spurned a gilt-edged chance in the 14th minute when he skied a close-range shot over the bar.

Nemanja Matic and Marcus Rashford also went close for United in the first half before a superb Joel Ward clearance denied Cavani a tap-in from three metres in the 44th minute.

Andros Townsend fired just wide for Palace on the hour and the home side then missed the game's best chance in the 90th minute as Dean Henderson kept out Patrick van Aanholt who was one-on-one with the United goalkeeper.

"That's a Man United goalkeeper, sometimes you have to keep concentrating. He's growing in that position. I thank him for one point and not zero," Solskjaer said, adding that David de Gea's absence was due to a personal matter.