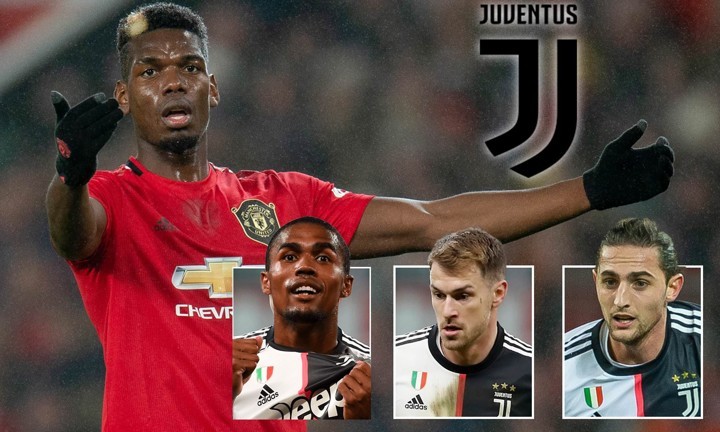 According to Rai Sport reporter Paolo Paganini, the negotiations are continuing behind the scenes in Monaco.

Following the coronavirus pandemic and the lockdown, all clubs are going to focus more on exchanges than expensive transfer fees.

If Juve are to bring Pogba back to Turin, it’ll require several players as part of the deal, even if his €110m price-tag has dropped.

The Bianconeri have numerous names that are appreciated by Manchester United and who are not necessarily part of their own plans for the future.

Those include Ramsey and Rabiot, both of whom arrived as free agents last summer and can already be sent elsewhere to facilitate different deals.

Manchester United have long been interested in Douglas Costa, but Maurizio Sarri is now more prepared to release the Brazilian after a season of trying to fit him into these tactics.