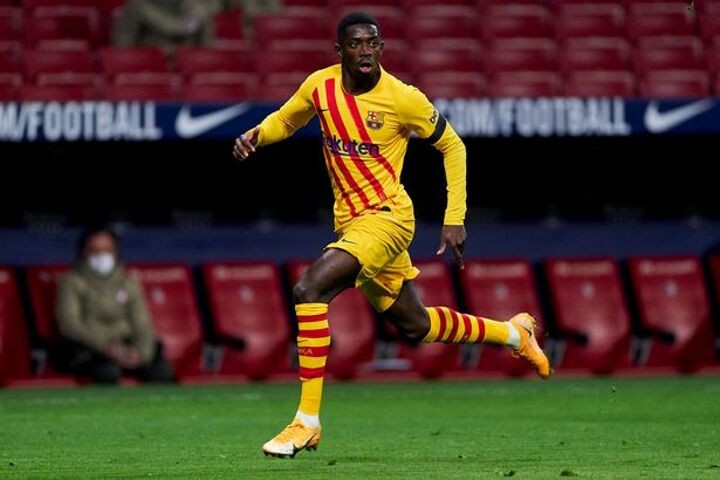 Manchester United have reportedly 'deepened' their interest in Barcelona winger Dembele with a view to a move in the January transfer window.

The Red Devils were keen on Dembele in the summer as the likelihood of signing priority target Jadon Sancho got less and less.

Neither have made a senior appearance though, with Diallo due to join the club in January from Atalanta, meaning there is still a gap on the right wing.

And Ole Gunnar Solskjaer could plug that with France international Dembele, according to Mundo Deportivo.

The 23-year-old is believed to be unsettled at the Nou Camp, leading United to “deepen their interest” in the player.

The Red Devils would prefer a loan deal, but Barca are keen to get him off their wage bill due to their financial situation.

The Catalan giants are believed to be looking to raise cash after recently agreeing huge wage cuts with players which save the club €122m.

A statement read: "The representatives of the club and the players that make up the negotiation table for FC Barcelona salary adjustments, aware of the great interest and concern with which all of Barcelona follow the work of this commission, make this joint statement public to inform of the following:

"Today, the parties have reached an agreement in principle that allows an adjustment to salaries for the current season, for an amount of 122 million euros fixed remuneration, to which is added the deferral for 3 years of variable remuneration from this season, budgeted at an approximate figure of 50 million euros.

"This principle of agreement is pending ratification in the coming days by the group of players and coaches affected.

"The agreement, if it is ratified, will be a milestone of great importance to redirect the current economic situation.

"That both parties recognise the great effort that has had to be made to reach this principle of agreement and congratulate themselves for it."