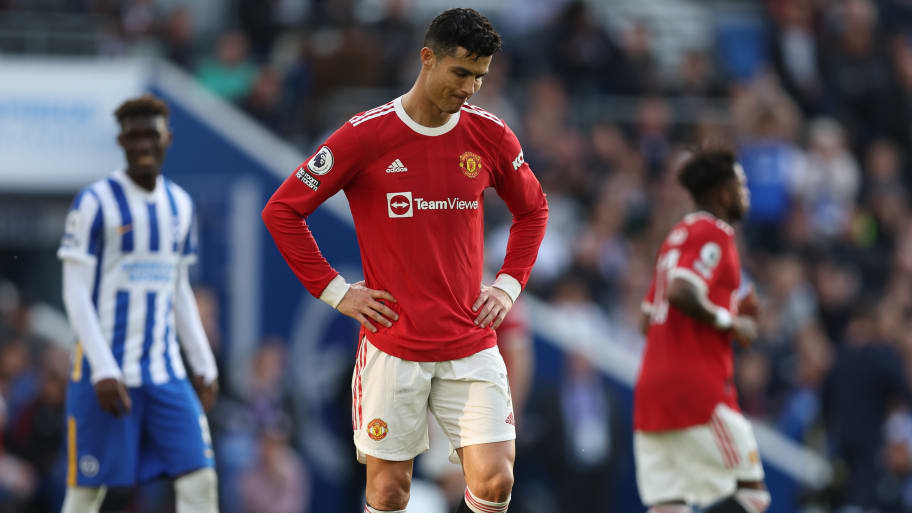 The mood around the Manchester United camp has been described as 'totally flat' as the Red Devils limp over the Premier League finish line.

United's hopes of qualifying for the Champions League were shattered in emphatic fashion as they fell 4-0 to Brighton - the latest disappointing result in a run of just three wins in their last 13 matches in all competitions.

All eyes are now on this summer, when Erik ten Hag will arrive in the dugout and kickstart a squad rebuild under the watchful eye of Ralf Rangnick, who will switch from his interim boss role into a consultancy position.

In the meantime, however, The Athletic state that all is not well at United, with many at the club thoroughly unsurprised by the defeat to Brighton.

Sources in the dressing room are quoted as describing the recent standard of coaching as 'well below' that which they enjoyed under Michael Carrick and Kieran McKenna in the wake of Ole Gunnar Solskjaer's departure.

The feeling is that players have struggled to get to grips with the methods employed by Rangnick and his assistants, Chris Armas and Ewan Sharp, with the trio's ways of dealing with players not proving particularly popular or effective.

Those in charge are working to keep United focused on the end of the season. The Red Devils will close out their campaign with a trip to Crystal Palace which, while not particularly appetising on paper, could have significant ramifications for United.

United need at least a point to confirm their spot in the Europa League but could drop into the Europa Conference League with a defeat. West Ham are three points behind with a game in hand, and David Moyes' side boast a significantly greater goal difference.

The Hammers' game in hand comes against Manchester City on Sunday, before ending the season with a trip to Brighton.

This article was originally published on 90min as Man Utd dressing room 'totally flat' heading to end of season.