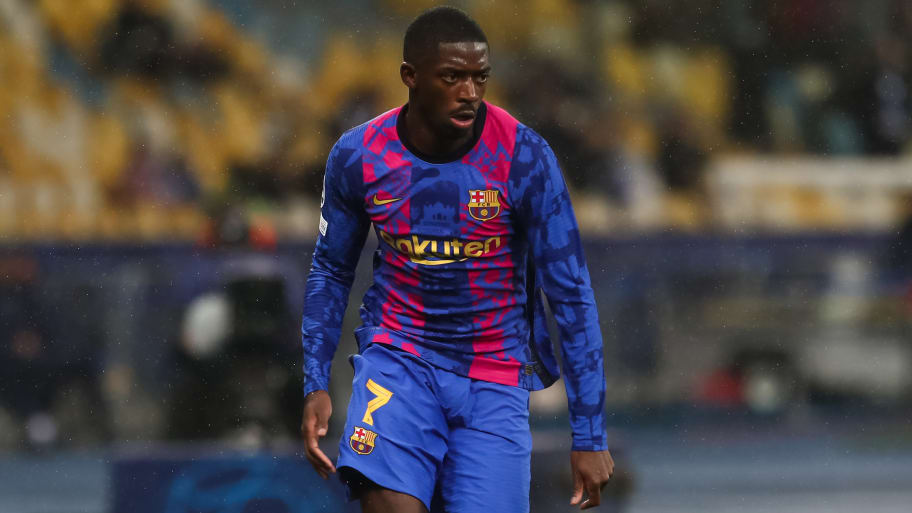 Manchester United are said to be in talks with the representatives of Barcelona winger Ousmane Dembele, with the hope of landing the Frenchman on a free transfer in the summer.

Once targeted by United as an alternative to Jadon Sancho in 2020, Dembele is approaching the final six months of his contract at Barcelona and reports have differed wildly on just how close an extension really is.

Following Xavi's arrival at Camp Nou, talks have stepped up with the Frenchman in regards to a new deal - with the new boss making it abundantly clear recently that he wants him to stick around.

“Dembele in his position can be the best player in the world," Xavi said (via Football Espana). "He has to be a world class player.

“It’s important to have a winning mentality and consistency. We have to help him.”

However, Mundo Deportivo claim that United are doing everything to scupper those talks in a bid to bring him to the Premier League.

While not yet allowed to speak to the player directly, United are said to be in contact with Dembele's agent and are encouraging him to continue stalling negotiations with Barcelona until January - when they will be free to make a plea to the winger in person.

Dembele is open to the idea of heading to Old Trafford, but Barcelona still believe they can get him to re-sign and he is even reported to have told those in charge at Camp Nou that he plans on extending his stay.

The clock is ticking for Barcelona to get Dembele's future sorted without any external pressure, while the club - despite their confidence that he will put pen to paper - are thought to have been frustrated by his unwillingness to talk about staying on publicly.

Liverpool have also shown an interest in the past, but talk of a move to Anfield has gone quiet in recent months.