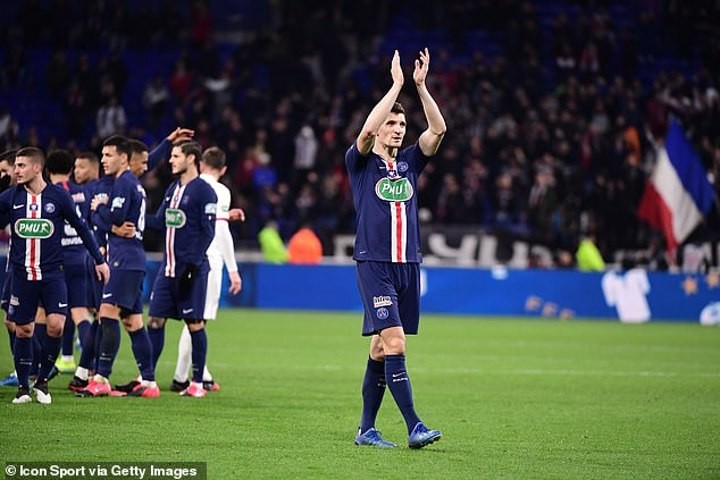 Manchester United are weighing up a move for Paris Saint-Germain right-back Thomas Meunier, who could soon be available on a free transfer.

Reports from Le Quotidien du Foot on Thursday says that Ole Gunnar Solskjaer has identified the Belgium international as a potential signing.

The 28-year-old Meunier has other admirers in German giants Borussia Dortmund and Italian side AC Milan.

It appears unlikely that PSG will be extending Meunier's deal to remain at the club beyond the completion of the 2019-20 campaign.

But if Meunier joined Solskjaer's Old Trafford revolution, he may find first-team action hard to come by.

One of Solskjaer's first moves last summer at United was to bring in Aaron Wan-Bissaka in a £50m deal from Premier League rivals Crystal Palace but the possible arrival of Meunier would certainly bolster the club's strength in depth.

Meunier played 25 times for PSG before the 2019-20 season was halted due to coronavirus, scoring once.

The same publication says that PSG want to sign Juventus right-back Mattia De Sciglio when the next transfer window is open.

De Sciglio predominantly plays as a right-back but can also play on the left side of defence.