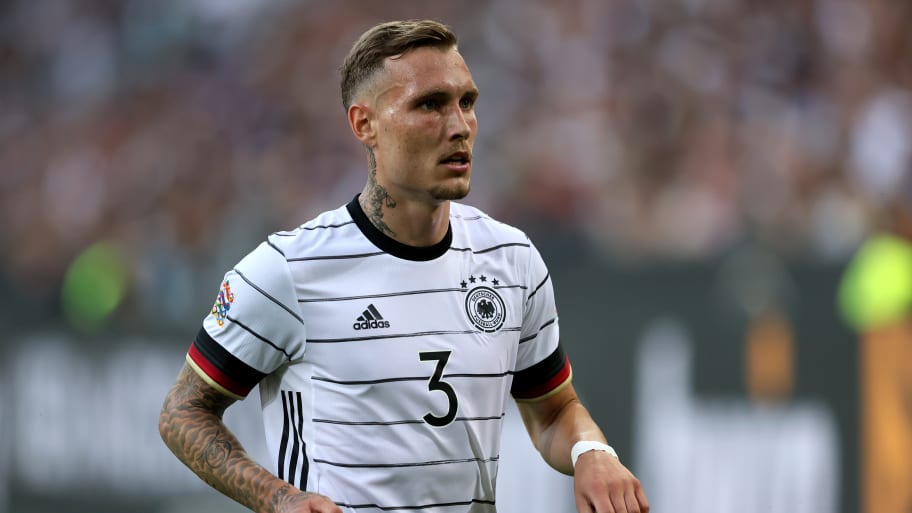 The left back impressed during his first Bundesliga season, scoring three goals in 32 league appearances having joined from second division Greuther Furth - who had just achieved promotion themselves - as a free agent.

He signed a four-year contract with Hoffenheim after the 2020/21 season, though 90min understands United have now checked on his availability ahead of their first season under new boss Erik ten Hag. They are yet to make an official bid.

Hoffenheim want around £30m for the 24-year-old, who has made nine international appearances for Germany, with a release clause set to come into play next summer.

Borussia Dortmund, who have already brought in Niklas Sule, Nico Schlotterbeck and Karim Adeyemi this summer among others to ease Erling Haaland's departure, are also interested in Raum.

United are looking to improve their full-back options though it is not their first priority, with midfield and central defence more pressing areas of concern for the Red Devils.

As revealed by 90min, United's local rivals Manchester City have previously made an enquiry for Raum, though Brighton star Marc Cucurella remains their first choice at left back. The Spaniard is expected to set the Citizens back around £50m, having joined the Seagulls from Getafe for just £15m last summer.

This article was originally published on 90min as Man Utd express interest in signing David Raum.