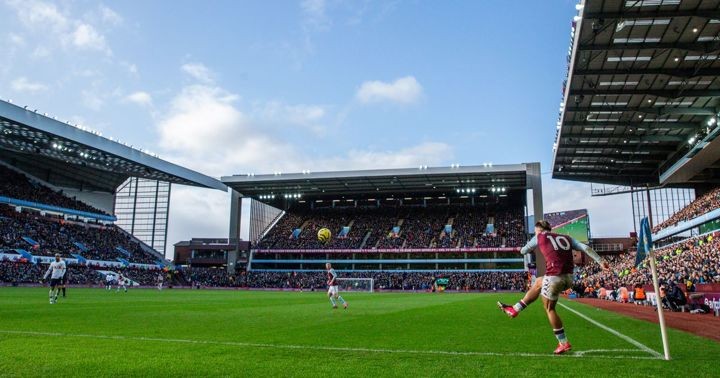 Manchester United fans were watching Aston Villa's Premier League clash with interest on Sunday - and not just because they have gone over two weeks without a game of their own to watch.

United return to action at Chelsea on Monday, so fans took the opportunity without a weekend game to watch transfer target Jack Grealish play for Villa against Tottenham.

In an entertaining game, Villa took the lead through a Toby Alderweireld own goal, before the Belgian equalised for Spurs before Heung-Min Son scored a rebound from his own penalty before half time. Son would later score a 94th minute winner.

Villa had previously levelled the scores in the second half through Bjorn Engels, and it was that goal that had United fans excited as it came from a pinpoint Grealish corner.

The corner was not the only quality delivery from the foot of Grealish, who caused plenty of problems in the Spurs penalty area throughout the afternoon, as well as driving his side forward in search of a winner.

Having seen Grealish set up one goal from a corner and create good chances from others, fans took to Twitter to imagine how much he would improve United's output from set pieces.

Should Grealish sign, his quality from set pieces is a clear area he would instantly improve Ole Gunnar Solskjaer's attack that has been woeful in the last 18 months.

In fact, United have not scored a goal from a corner in the Premier League since the 3-1 defeat at West Ham in September 2018.