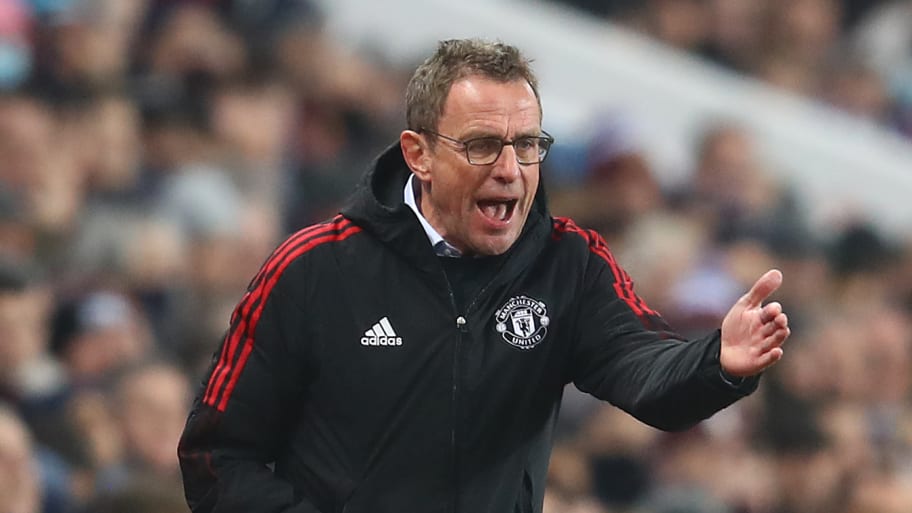 Manchester United have held an initial meeting between key figures as the club plan their path to improvement under Ralf Rangnick's guidance, 90min understands.

The interim manager is due to take up a consultancy role within the club in the summer, with talent appraisal and identification both understood to be key aspects of his role. Until then, he is responsible for the uplift on the pitch this season following Ole Gunnar Solskjaer's dismissal earlier this season - though results have been mixed so far.

United face a trip to Brentford on Wednesday night as they look to climb the Premier League table.

United’s current director of football John Murtough is keen for Rangnick to become an integral part of the club's structure and deliver ideas to new CEO Richard Arnold, and attention will inevitably turn to incoming transfers in the coming months. Rangnick's thoughts may be key to the direction United go in.

90min understands Wolves central defender Max Kilman is being monitored after an impressive season under Bruno Lage, while RB Leipzig's Amadou Haidara is a potential target to strengthen the midfield area.

Rangnick is also understood to have been impressed with a number of United's current squad since his arrival, including Brazilian midfielder Fred, who he maintains could play a key role in the side – especially if they adopted a pressing style of play moving forward.

The German confirmed in a pre-match press conference ahead of the Brentford trip that United were now planning to transition into a 4-3-3 formation - away from the 4-2-2-2 Rangnick deployed in early fixtures.

"We have now decided to play a 4-3-3 like we did against Aston Villa, with one holding six, two eights and three offensive players," Rangnick said on Tuesday.

United are currently in the process of narrowing down their preferred candidates to become their new permanent manager following the departure of Solskjaer late last year.