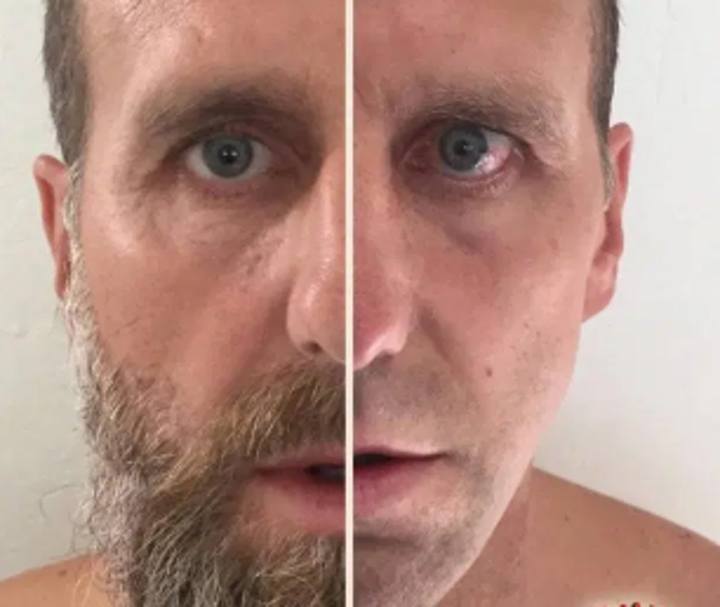 Karel Poborsky looked like he was loving retirement, even growing a thick trendy beard befitting of those gorgeous curls he wore during his playing days.

But in 2016, the former Manchester United winger's hirsute looks almost became his downfall.

The Euro 96 star had to be hospitalised after reportedly contracting Lyme disease.

Worst still, how he caught the debilitating disease was equally as unpleasant.

It was alleged by Express that a tick lived in the ex Red Devil legend's facial hair and when it was snapped, the nasty parasite bit and infected him.

Poborsky, now 46, immediately required medical attention and was kept in hospital and given antibiotics to fight the infection.

It momentarily left the Czech midfielder with a paralysed left cheek as he began his rehabilitation, the tabloid claimed.

Quick to reassure his concerned fans, Poborsky took to Facebook to share a photo that he was out of the worst.

The pic also showed that his decorative beard had to make way for a more clean-cut look.

What is Lyme Disease?

Lyme disease itself is a bacterial infection that is spread to humans by infected ticks.

The most common sign of infection is a circular red skin rash around the initial tick bite.

But not everyone gets the rash, with other side effects including high temperature, headaches, muscle and joint pain, as well as tiredness.

Doctors usually prescribe a months-worth of antibiotics to fight the disease, but some sufferers can go years of suffering from Lyme disease symptoms.