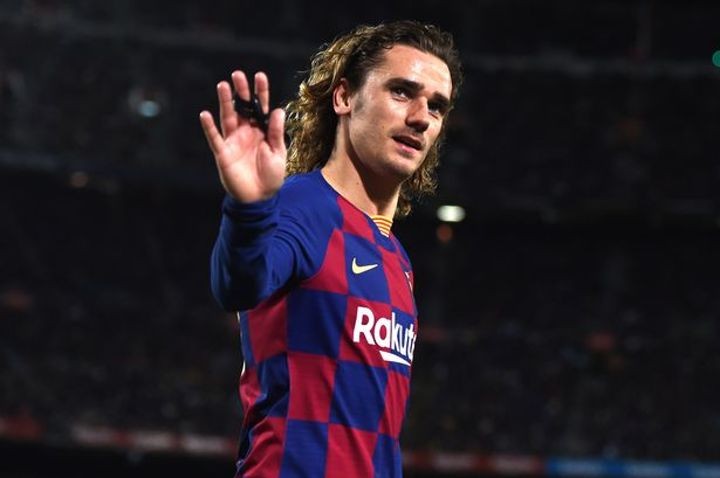 The 29-year-old joined Barca last summer in a £110m switch from Atletico Madrid, but his move has not worked out as planned, and the Catalan club look set to sell.

Griezmann was linked with a move to Old Trafford in 2017, and United will now weigh up a summer swoop - although they are likely to face competition from Arsenal and Paris-Saint Germain.

World Cup winner Griezmann would add huge experience to United's attack, having scored 199 goals in 495 games since making his breakthrough with Real Sociedad in 20009.

This season he has been less prolific, having scored just eight goals in 26 La Liga games for Barca, and 14 in all competitions.

But United will hope those figures prove to be just a blip in Griezmann's career, given Barca have endured a turbulent season which saw Quique Setien replace Ernesto Valverde as manager midway through the campaign.

The sale of Griezmann - albeit for a loss on what they paid for him last summer - would help Barcelona raise funds with which to strengthen Setien's squad this summer.

The La Liga giants are believed to be targeting a return to Camp Nou for PSG striker Neymar, while they have also been heavily linked with Inter Milan's Argentine striker Lautaro Martinez.

Should his price tag put off potential suitors then the Catalans are prepared to sanction a loan, similar to the one they did for Philippe Coutinho.

The Brazilian headed to Bayern Munich in the summer for a temporary period, but the deal saw his salary covered.

Barcelona are aware of the need to make cut backs as they prepare to feel the financial repercussions of the coronavirus.