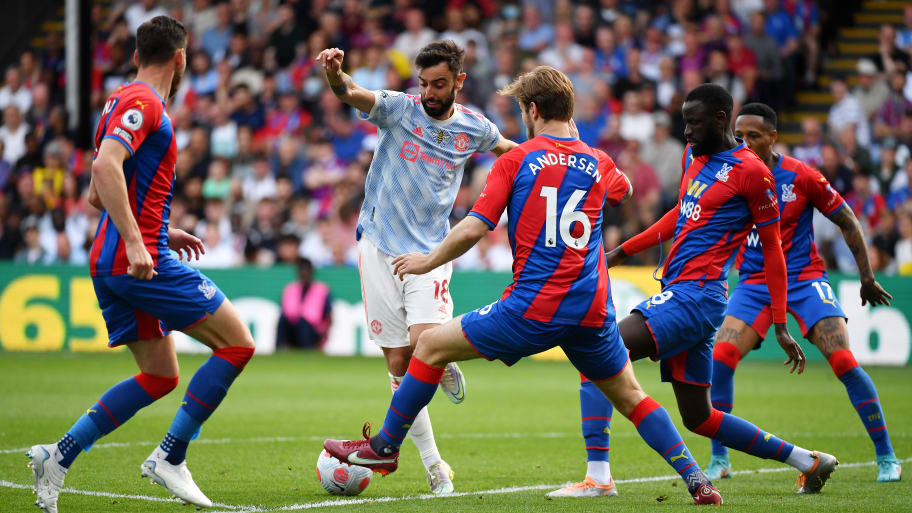 Manchester United will play in the Europa League next campaign, despite slipping to another underwhelming defeat to Crystal Palace on the final day of the season.

United went into the match knowing that victory would ensure Europa League football next season. However, failure to win would open the door for seventh-placed West Ham - who started the day two points adrift - to leapfrog them by beating Brighton.

Things did not get off to a good start. By half time Wilfried Zaha had made it 1-0 to Palace and Michail Antonio's goal at the Amex meant United were seventh with 45 minutes of their season remaining.

Thankfully for Ralf Rangnick's side, a Lukasz Fabianski error on the south coast gave Brighton an equaliser early in the second period and the Seagulls would go on to win 3-1.

United, meanwhile, put in a miserable second-half display, with Palace threatening to extend their lead on more than one occasion before the final whistle finally came.

The game was Rangnick's last before he is replaced by Erik ten Hag, who was in attendance at Selhurst Park.

The Dutchman flew over to the United Kingdom earlier this week to begin work at the club's London-based head office.