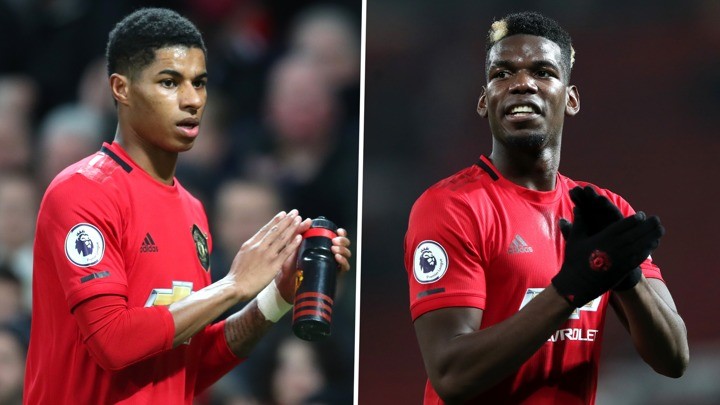 The duo had been sidelined with long-term injuries before the Premier League campaign was halted in March by the coronavirus pandemic.

Having come through some non-contact sessions unscathed, Pogba (ankle) and Rashford (back) took part in an intra-squad contest at the weekend.

For the Frenchman it was a first outing on home soil since December 26, while Rashford last played at the stadium on January 15.

United's previous competitive fixture at the so-called 'Theatre of Dreams' was a 2-0 win over rivals Manchester City on March 8.

Solskjaer's side, who sit just three points behind fourth-placed Chelsea, face a trip to Tottenham in their first game back.

All remaining games will be played behind closed doors.

While the pandemic came at the wrong time for the Red Devils, who were in good form, the break in play has allowed Rashford to fully recover with the young attacker desperate to finish the campaign strongly.

“I think coming out of this lockdown we are in a much stronger position than we were going into it," Rashford told Stretty News.

“I think we just need to take each game as it comes and not get too ahead of ourselves. We are working hard in training, gelling as a team with players coming back from injury, etc.

“For me personally I felt I was having my best season to date before the injury hit so now I’m back fully fit I’m determined to push on.”

Pogba meanwhile looks set to link up with Fernandes in midfield for the first time with many in and around the club looking forward to such a promising combination.

“He [Fernandes] was paired with Paul in a small training group last week, which people saw on the videos, and we saw flashes of what they were capable of," Luke Shaw told Man Utd's official website.

“They’re probably two of the best midfielders in the [Premier League] right now, I’d say, so it’s going to be fascinating to see them play together.”