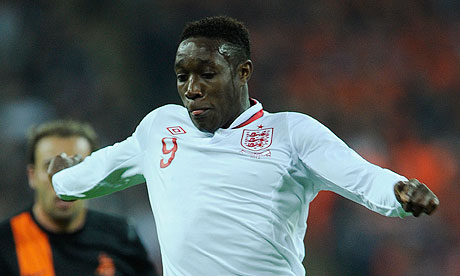 Striker Danny Welbeck says he has no regrets over choosing England over Ghana at the international level.

The Manchester United star opted to the play for the Three Lions despite numerous overtures from the Ghana Federation.

The 21-year-old born To Ghanaian parents will make his first European championship appearance at Euro 2012 in England colours.

He says he is Â thrilled with his progression.

â€œThe chance to play for Ghana was basically when I was 14,â€ Welbeck said

â€œBut Iâ€™d been playing for England at Under-16s so felt it was a natural progression to move up into the senior squad.