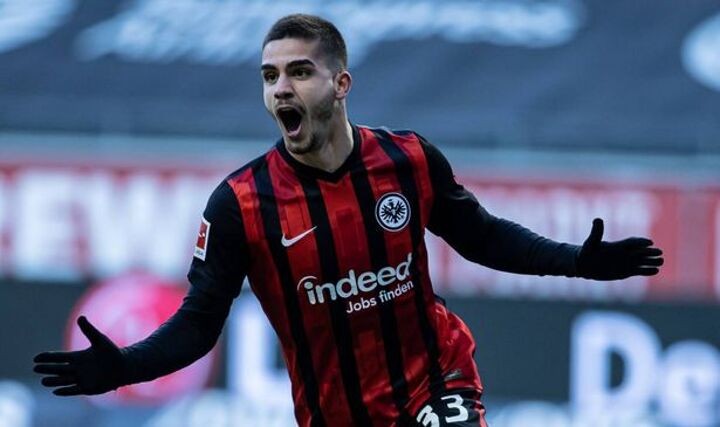 Manchester United transfer target Andre Silva has admitted he is flattered to have been linked with the club.

Silva, who is currently at Eintracht Frankfurt, has been on fire this season with 19 goals in 21 Bundesliga appearances.

The Portuguese ace was signed on loan in 2019 as Luka Jovic's replacement after the Serbian's move to Real Madrid, and made a brilliant impact in his first season in Germany, scoring 12 goals in 25 league outings.

His impressive form since making the move permanent has seen him become a hot property around Europe, with Atletico Madrid and United both said to be watching him.

And the player himself has apparently been made aware of the interest in him, as he told Goal that he is flattered to be the subject of speculation.

Silva insisted that he doesn't pay too much attention to the talks around his future, but expressed he feels they are a result of hard work.

The 25-year-old striker said: “I’ve heard rumours, but that is it.

"At the end of this season, it’s something that gives me more motivation to work, it’s a sign that what I have accomplished has borne fruit and the path has been good.”

Silva was also asked what he feels he would be worth, to which he jokingly replied: "Around €105million [£91m]?”

"When we sell our merchandise, we always increase the value a little bit.

“Things are as they are and, whatever happens around us, the most important thing is to look at me and what I can do.”