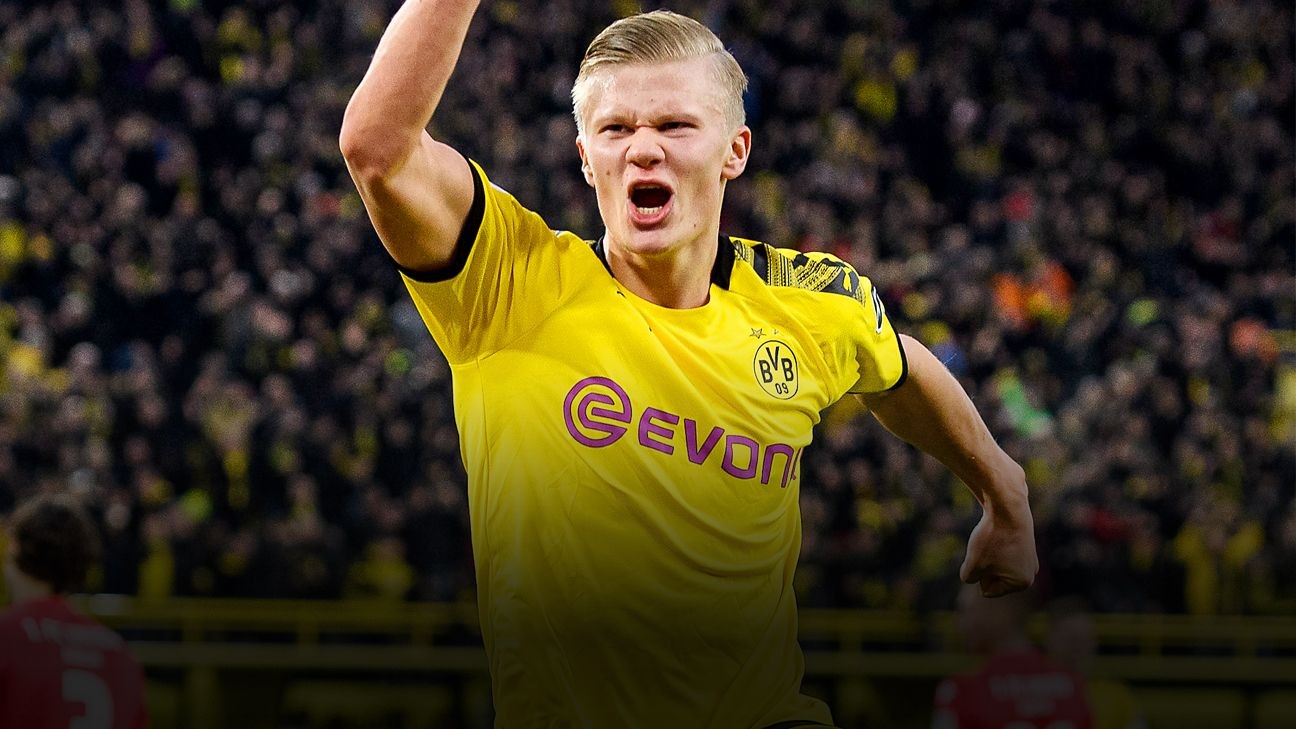 Haaland decided against a move to Old Trafford in January, instead choosing to join the Bundesliga side from FC Salzburg. But a release clause inserted in the deal by Haaland's representatives has alerted Real Madrid and raised the possibility of a move to the Spanish giants.

Dortmund expect to keep hold of the 19-year-old for at least another season, particularly given the mounting talk that Jadon Sancho could seek to leave the club this summer. United are leading the chase for Sancho despite an asking price of around €130 million and Dortmund do not want to lose two prize assets in the same window.

Despite rejecting United in January, Haaland has not burned any bridges with Ole Gunnar Solskjaer, his manager at former club Molde, and the recruitment department at Old Trafford are still closely monitoring his progress in Germany.

Sources have told ESPN that United would be in the hunt for Haaland if and when he decides to leaves Dortmund. Reports in Spain have suggested Real Madrid could be set to make a move this summer.

United backed away from a deal with Haaland in January with concerns over the insistence of a release clause inserted into the agreement. Club chiefs, including executive vice-chairman Ed Woodward, felt it would give agent Mino Raiola and the Norwegian's representatives control over his future.

Dortmund agreed to the proposal but now face losing Haaland, who has scored 12 goals in 11 games since arriving from Salzburg, for a fee well below his market value. Solskjaer is looking to add a striker to his squad in the next transfer window as he looks to bolster his forward line.

United have not ruled out making Odion Ighalo's loan permanent after the Nigeria international's impressive impact following his move from Shanghai Shenhua while they have also been linked with Harry Kane, after the England captain hinted he could be ready to leave Tottenham.