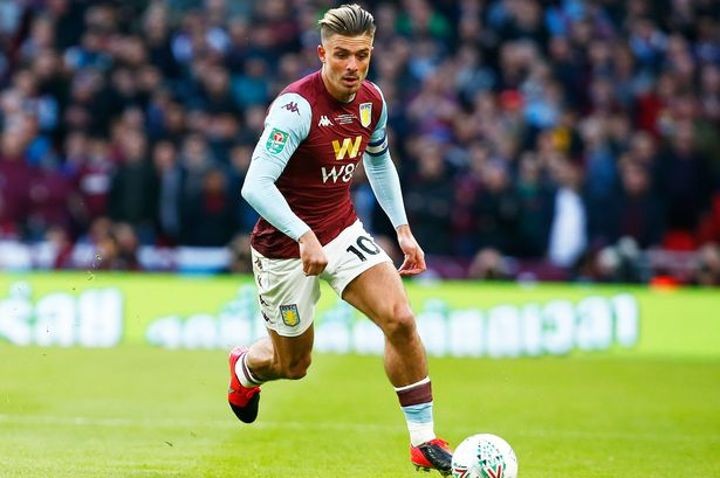 Manchester United have been told that selling Paul Pogba and signing Jack Grealish this summer is a 'no-brainer'.

United have been linked with a swoop for Aston Villa captain Grealish in this summer's transfer window, while Pogba is widely expected to leave Old Trafford.

Attacking midfielder Grealish has impressed for Villa this season despite the Midlands club having spent the season battling against relegation from the Premier League.

The 24-year-old has scored nine goals for Villa as well as contributing eight assists, and fits the profile of young, homegrown talent United are looking for as manager Ole Gunnar Solskjaer seeks to bring back the glory days.

Pogba has failed to live up to his potential since re-joining United from Juventus in a then world-record £89million move four years ago, and has been continually linked with a move either back to his old club or to Real Madrid.

And former Aston Villa forward Andy Gray reckons Grealish would represent a bargain at around £70m if United can get their money back on Pogba - depending on how transfer values are affected by the coronavirus crisis that has brought football to a standstill.

“We don’t know how football is going to come through this crisis,” said Gray on the Keys & Gray show on beIN Sports.

“We don’t know if football is going to be the same again and if it will affect players’ values.

“But, when the dust settles, if I could sell Pogba for £100million and bring in Grealish for £70m, I’d do it in a heartbeat. It’s a no-brainer."

Pogba's role at United is less clear now that Bruno Fernandes has joined the club, with the Portugal star having had an instant impact on results.

And Gray said: “United still might be able to get their money back on Pogba. We know his value commercially and on social media with his millions of followers. That’s important to football clubs these days.

“But he’s pretty much failed at United. Is it his own fault or just bad luck with injuries? I think it’s probably a combination of the two.

“Real Madrid seems the right fit for him – and his agent has been edging towards that.”