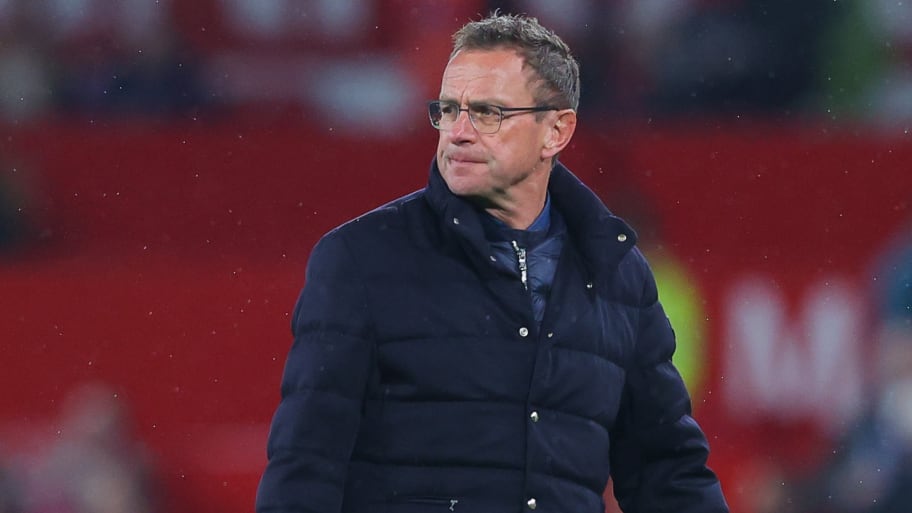 Two Man Utd players had to be separated following a full-blown training ground bust-up on Thursday, according to a report.

Following their embarrassing dismantling at the hands of Brighton last weekend, United do not play again until 22 May - the final day of the Premier League season - and had been afforded some time off before returning to their Carrington training base in midweek.

However, it appears the break has not eased the ongoing disquiet in the squad as two senior players allegedly came to blows during the first session back and had to be separated by their teammates.

According to The Sun, the incident - described as a 'full-on scrap' - happened towards the end of the day and forced an early finish to to interim manager Ralf Rangnick's training session.

The report goes on to say that those watching on were left 'stunned' by the altercation before the whole group was sent back to the dressing room.

There have been consistent murmurings of discontent surrounding Manchester United's playing squad throughout what has been a miserable season for the once dominant Red Devils. Cliques are alleged to have formed within the group and morale is said to have been at an all-time low.

Things have been equally dismal on the pitch, with United failing to qualify for the Champions League following a litany of poor results across the campaign - including heavy defeats to rivals Liverpool and Man City, and most recently against the Seagulls.

The club will hope that Erik ten Hag's arrival as full-time manager will prompt and overhaul and a change of mindset ahead of the 2022/23 campaign.

The Dutchman has already called a recruitment meeting in Amsterdam with Manchester United football director John Murtough and his prospective new coaching team, even though his tenure as boss is yet to officially start.

90min understands Ten Hag himself organised the meeting, which was attended by Murtough and other United officials, as well as Mitchell van der Gaag and former United assistant manager Steve McClaren - who is set to return to the club at Ten Hag's request.