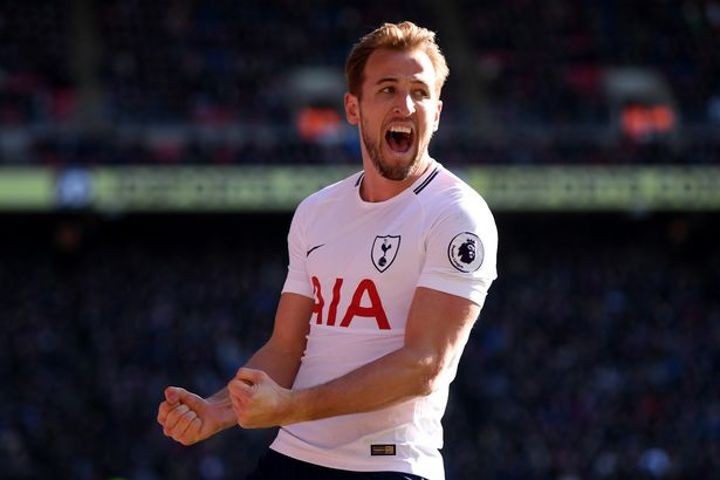 Manchester United have always had a superstar striker.

Sometimes United have had more than one with Cole, Yorke, Solskjaer and Sheringham all in their pomp as Sir Alex Ferguson's side completed an iconic treble in 1999.

Zlatan Ibrahimovic managed 28 goals in 46 appearances in 2016/17, while Romelu Lukaku bagged 27 in 51 after replacing the Swede as United's number nine the following year.

Marcus Rashford and Anthony Martial have filled in at the request of manager Ole Gunnar Solskjaer but both are more effective from wide positions.

United are still searching for the man to succeed Van Persie seven years on - but has he been sitting under their noses for all this time?

No player has scored more Premier League goals since 2013 than Harry Kane. The England captain has notched 136 goals in 198 league games for Tottenham Hotspur, making him more potent than Manchester City's Sergio Aguero during that period.

Amidst all the individual awards and goalscoring records, there's something missing from Kane's CV though. He still hasn't won a trophy.

Spurs are already out of the Champions League and the FA Cup, while they're currently eighth in the Premier League and unlikely to make the top four.

Kieran Trippier and Christian Eriksen have left Spurs and Kane has now cast doubt over his own future.

“I love Spurs, I'll always love Spurs but I've always said if I don't feel we're progressing as a team or going in the right direction, I'm not someone to stay there for the sake of it,” Kane told Jamie Redknapp during a revealing Instagram Live chat on Sunday.

“I'm an ambitious player, I want to improve, get better and become one of the top, top players. It all depends on what happens as a team and how we progress as a team. So it's not a definite I'm going to stay there forever, but it's not a no either.”

Kane is just 26 and still has four years remaining on his contract in north London meaning he would cost suitors a pretty penny. He is, however, the safest source of goals United are likely to find in a market which isn't particularly crowded.

Elite Premier League forwards who score 20 league goals a season are hard to come by. Liverpool have two in Mohamed Salah and Sadio Mane, City have one in Aguero, Arsenal have one in Pierre Emerick-Aubameyang and Spurs have the other.

If United are to close the gap on Liverpool in the coming years now is the time to sign one of their own and Kane is the safest bet.

A forward line of Rashford, Kane and Martial - all of whom have their best years ahead of them - could help United turn the tide once more.