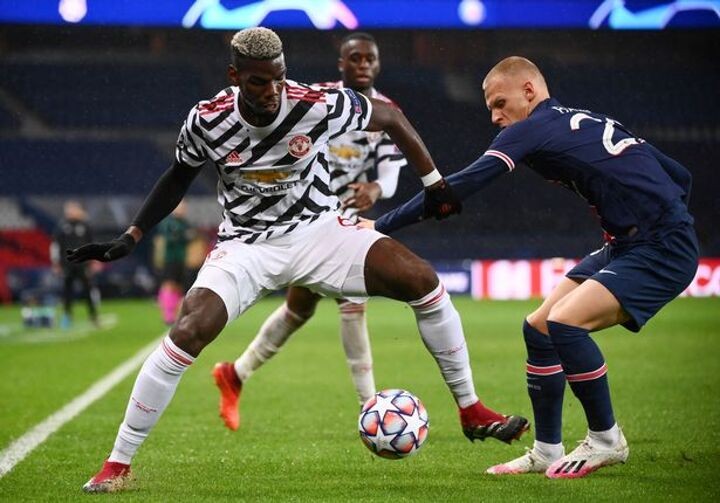 Only now are Manchester United starting to put a tumultuous summer transfer window behind them, with Ole Gunnar Solskjaer’s side recording back-to-back victories before they host Chelsea on Saturday.

Their wins came in the Premier League and the Champions League, against Newcastle United and Paris Saint-Germain, respectively.

But with the January window just two months away, transfer speculation at continues to swirl around Old Trafford.

Jadon Sancho is still widely believed to be a target for United, although prising him from Borussia Dortmund midway through the season could prove tricky.

There are also unanswered questions over Paul Pogba’s future. Here are three of today’s most noteworthy Manchester United transfer stories.

Manchester United are not prepared to break the bank to keep Paul Pogba at the club with a new contract amid interest from Juventus and Real Madrid.

According to ESPN, the Old Trafford club are keen to offer the Frenchman a new long-term deal, but he will have to fit in a new wage structure put in place following the exit of Alexis Sanchez.

It’s possible Pogba would be given a pay rise on his current £270,00-a-week wages, but Manchester United are unwilling to match the sort of wages Sanchez was on (£400,000-a-week plus bonuses).

United are said to “relaxed” about the situation despite interest in Pogba from Juventus and Real Madrid, with the former eager to lure the French midfielder back to Turin having sold him in 2016.

Ole Gunnar Solskjaer has confirmed new signing Facundo Pellistri will make his first appearance for the club for the Under-23s on Friday night.

The Uruguayan winger arrived from Penarol in a deadline day transfer and will feature for United’s youth side against Everton at Leigh Sports Village from 7pm.

Pellistri is likely to play alongside Ethan Galbraith and Teden Mengi after Manchester United made a number of players unavailable for the Under-23’s match due to Covid-19 restrictions concerning the movement of squads.

“It is a different bubble so, with the current regulations, they can’t go on the same coach, they can’t be in the same dressing room, with all the testing and things,” Solskjaer told MUTV.

“That’s complicated things a little bit but, then again, if we take precautions and they travel by themselves and if they’re not in the dressing room or in the meeting, which isn’t great for a coach not to have his whole team.”

AC Milan are believed to have joined the pursuit of Sporting CP’s Nuno Mendes, with Manchester United also interested in the talented young left-back.

According to Calcomercato, the 18-year-old is attracting attention from all over Europe, with AC Milan, Arsenal, Atletico Madrid, Juventus, Liverpool and Manchester United all monitoring his progress this season.

It is claimed Mendes dreams of playing in the Premier League in the future, but has recently signed a new contract at Sporting CP which includes a €45 million release clause.

Sporting CP hope to spark an auction for the teenager who has made five appearances for the Portuguese club in both the domestic league and Europa League.