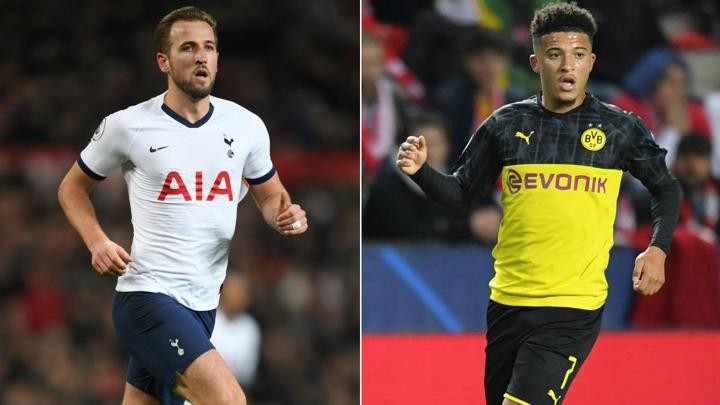 "Harry has always been coy and held back but he's dropped a couple of bombs," Ferdinand said in an Instagram Q&A. "He's been waiting for the dream at Spurs to materialise but it hasn't happened. He's frustrated.

"Do you think Harry would be happy, fulfilled and satisfied if he scores goals, break records but with no trophies at the end of his career? No. He will be upset and devastated.

"I think that statement means Harry is off, he wants to win trophies and that will alert clubs. I know Man Utd will be in for him because that type of player is perfect for them. I'm sure Juventus will be in and will Real Madrid come in?

"I want Jadon to go to a team where he will play, improve and get trophies. He's been linked with United, Chelsea, PSG but I think United is the place for him to go because I'm biased," Ferdinand said.

"[Marcus] Rashford, [Anthony] Martial, Kane, Sancho, that would intimidate a lot of centre-halves before a whistle is blown. Definitely.

"Of course, he has to. If he wears the seven [shirt] he has to be there for the next 10 years. That's what that shirt deserves and demands.

"He's flying and one of the best young kids in the world at the moment. He's a player with huge potential and will go for over £100m. You are buying someone for 10 years at your club, it's massive money but I'd take him and risk it.

"You say to him, 'You're going to be the player we build a team around and person who can get us trophies'. He's got the x-factor, skills, beats and excites people.

"If you go to Real, Barca, United, those stadiums want to be excited and get them off their seat. Sancho is that guy. He has all the potential to be an absolute humongous superstar. He brings the playground to the stadium."