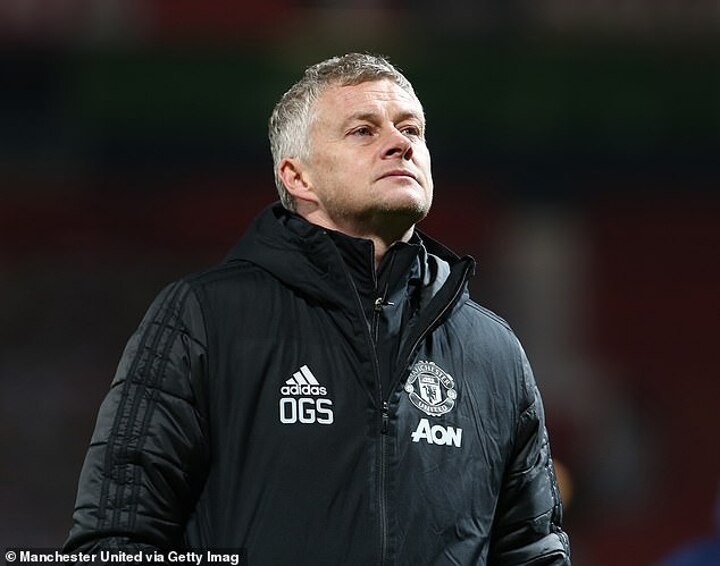 Manchester United have publicly backed Ole Gunnar Solskjaer to make the club a major force again after insisting they are seeing signs of progress under the Norwegian.

The Red Devils have endured an inconsistent start to the season, which has left their hopes of reaching the last-16 of the Champions League in the balance while the Premier League table sees them five points off the summit albeit with a game in hand.

It comes after a frustrating summer in the transfer market where the club were unable to land priority target Jadon Sancho, instead bringing in Donny van de Beek from Ajax and last minute deals for Edinson Cavani and Alex Telles.

Yet executive vice-chairman Ed Woodward claims strengthening the squad remains a key objective and while they were coy on providing January funds insisted they would back Solskjaer long term.

'I said in April we remained committed to strengthening the squad, while being disciplined in our spending during the pandemic,' he told a fans’ forum last month.

'I believe we've delivered on that, with the additions we made during the summer taking our total net spending to over €200m (£180m) since summer 2019 - more than any other major European club over that period.

'We will continue to support Ole with a planned, long-term approach to recruitment, focused on the summer windows.'

United's results this term have seen them lose 6-1 at home to Tottenham Hotspur yet also claim a stunning win at Paris Saint-Germain in Europe.

The ressure has been on Solskjaer to improve United, especially with the availability of former Tottenham manager Mauricio Pochettino looming large in the background.

Yet Woodward believes Solskjaer's reign as manager since taking over from Jose Mourinho in December 2018 has shown enough progress to convince United chiefs he remains the best long term option for the Red Devils.

'But we see positive signs on the pitch and the training ground that reinforce our belief in the progress being made by Ole, his coaching team and the players.'