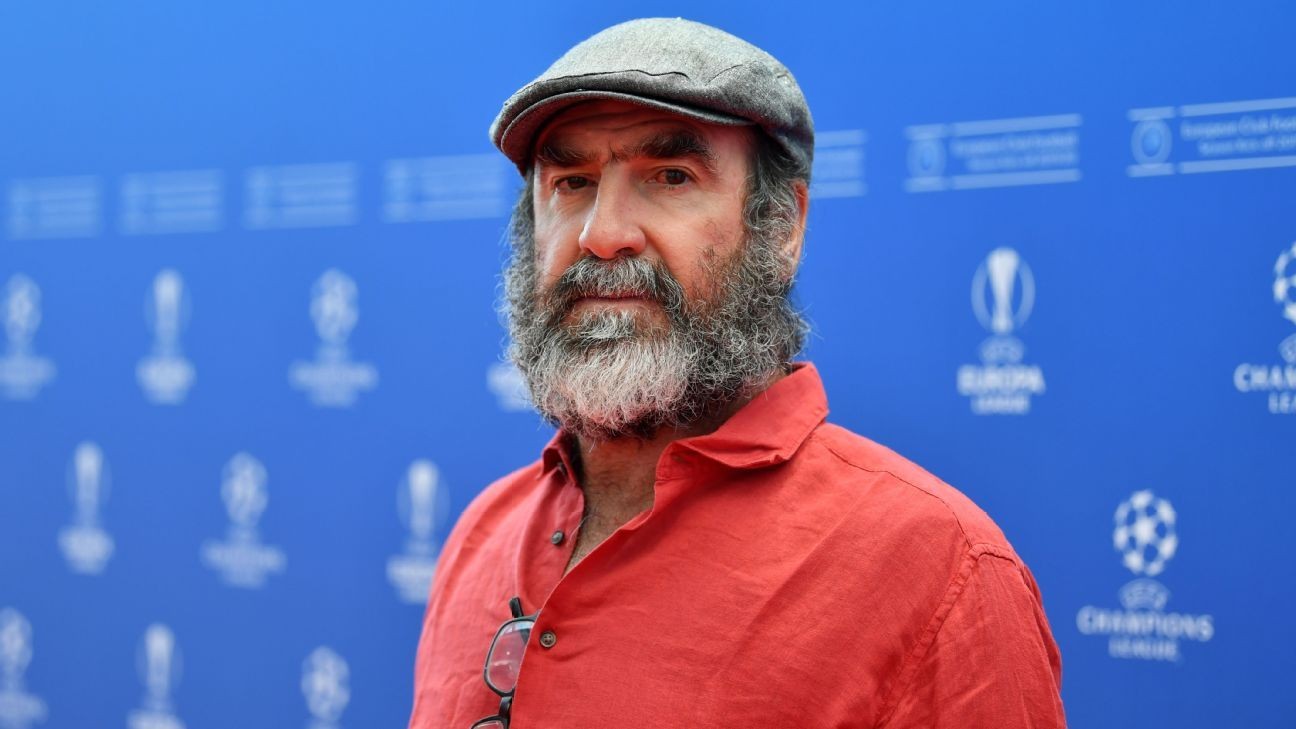 Eric Cantona wasn't surprised by his inclusion in the Hall of Fame. Photo by Harold Cunningham - UEFA/UEFA via Getty Images

Cantona, 54, joined United from Leeds United in 1992 and went on to become one of the club's most well-known players, winning four titles in five seasons as Sir Alex Ferguson's side exerted their dominance on the Premier League.

"I am very happy and very proud, but at the same time I am not surprised," Cantona said in a statement on Tuesday. "I would've been surprised not to be elected.

"I have been lucky to play in this team, with wonderful players, a wonderful manager and wonderful fans. We won and it was the football I dreamed about because Manchester United, it's a club where they want to win things but in a good way."

As well as winning four Premier League titles, Cantona scored 70 goals in 156 appearances for the side. He also registered 56 assists before he retired in 1997 at just 30.

Reflecting on his career, he said his favourite moment was winning United's first title after 26 years.

"After 26 years, Manchester United finally won the league and it was the first year for the Premier League also," he added.

"I've been lucky to play in this team with wonderful players and a wonderful manager, wonderful fans. It was the football I dreamed about. When I was young, I grew up with Holland, and Ajax Amsterdam with the generation of Johann Cruyff. It was total football. It was a football so inspiring.

"I've been lucky to play in this Manchester United team, because we played wonderful football and we won trophies. We worked hard, very hard. Don't forget we had to work hard and then we became confident. With this confidence we could enjoy and play wonderful football."

While known for his prolific appearances on the pitch, he was also a controversial figure who was stripped of the France captaincy and banned from playing for nine months after he kung-fu kicked a fan at Selhurst Park when United were playing Crystal Palace in 1995.

His retirement at 30 was a surprise and he has since said he had lost his passion for football which prompted his early break away from football.

He received the most combined votes from the public and the Premier League Awards panel to be inducted. Five more inductees will be announced over the next three days.