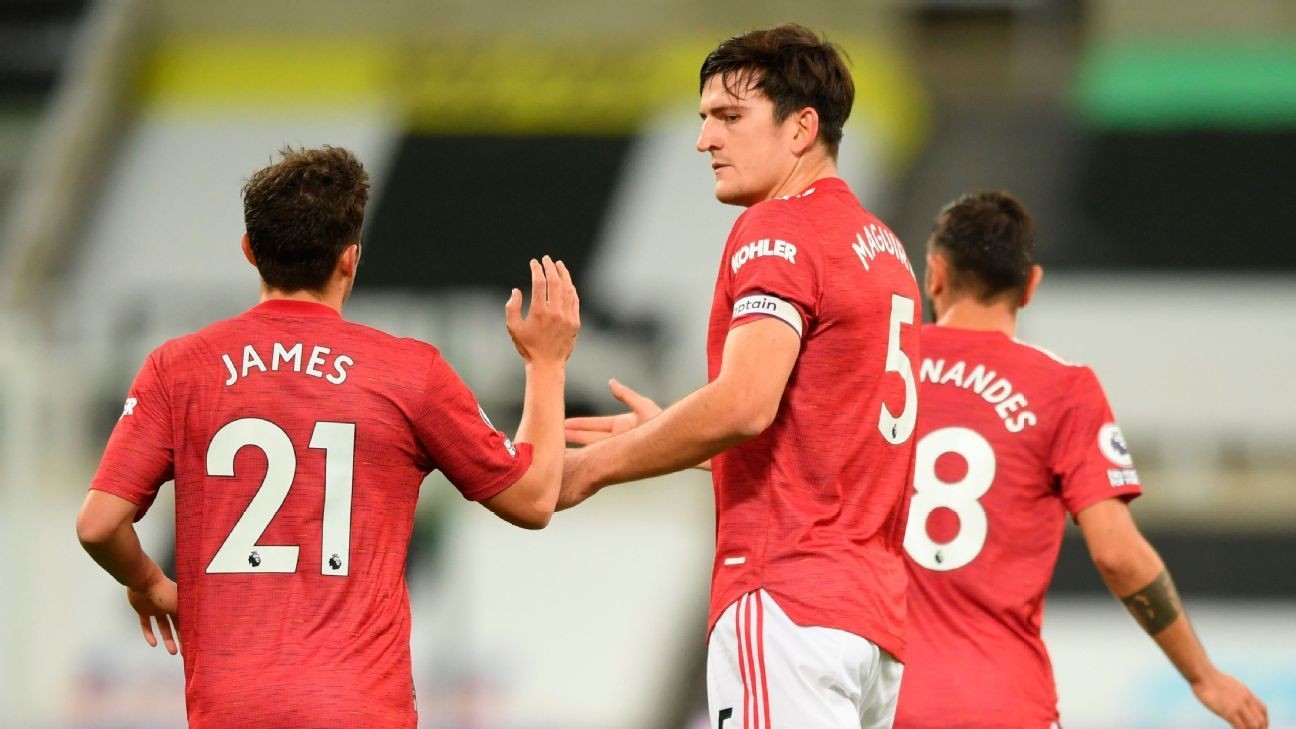 Manchester United captain Harry Maguire scored as his side came from a goal down to beat Newcastle United 4-1 away on Saturday before dismissing talk of a crisis following their slow start to the Premier League season.

Maguire's team were behind after two minutes before the England defender equalised with a towering header midway through the second half and late goals from Bruno Fernandes, Aaron Wan-Bissaka and Marcus Rashford secured the victory.

Rashford, Fernandes both 9/10 as Man United pour on the style late

Maguire and his team mates came in for plenty of criticism following their below-par performance in the 6-1 home thrashing by Tottenham Hotspur two weeks ago but the 27-year-old dismissed talk of a crisis.

"It's funny, three games into the season and it seems like a big crisis. Won two, lost two. There is a long way to go, we have to improve," he told Sky Sports.

"When you play for this club and get beat at home, we ask questions. We work hard in training, it is a great group and we knew we had to bounce back. I felt it would have been really harsh if we came away with just a point."

The game at St James' Park looked to be heading for a draw until United's Portuguese midfielder Fernandes struck four minutes from time, with two more late strikes putting a shine on the scoreboard for Ole Gunnar Solskjaer's side.

"We are still a young team, but we won't use that as an excuse. It was disappointing to start like we had, but [it was a] big performance tonight when we needed it," he added after a tough week in which he was sent off playing for England.