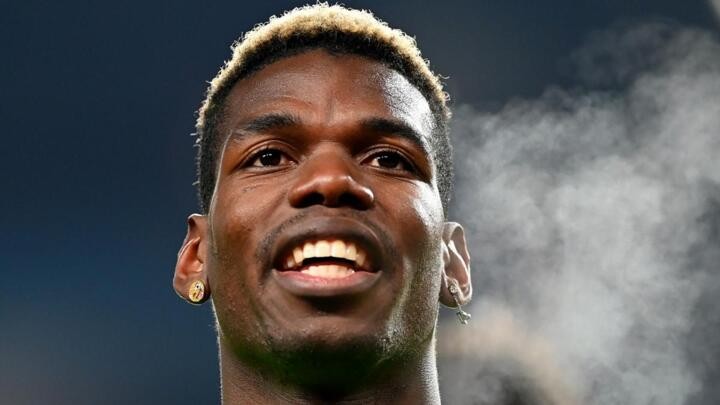 Pogba scored the winning goal as United returned to the top of the Premier League table with a 2-1 victory at Fulham on Wednesday.

Edinson Cavani cancelled out Ademola Lookman's fifth-minute opener with a poacher's finish 16 minutes later in London, where Pogba stepped up for United.

Pogba fired a stunning left-foot effort past Fulham goalkeeper Alphonse Areola in the 65th minute as United extended their unbeaten streak away from home to 17 games in the Premier League – matching the club's longest ever run set back in 1999.

The future of Pogba has dominated headlines since his outspoken agent Mino Raiola claimed the France World Cup winner was not happy in Manchester amid links with former club Juventus, LaLiga champions Real Madrid and Ligue 1 holders Paris Saint-Germain.

But when asked if Pogba is happy again at Old Trafford, Solskjaer told reporters: "I would like to say so yeah, he's enjoying his football, he's happy, he is mentally very happy, physically in very good shape. And we know all about his talents. Today, we decided to play him in midfield, and it was worth it."

Since his return to the club in 2016, no United player has scored more league goals from outside the box than Pogba (six).

"I'm very happy with his performance. You know, sometimes impressed is a strong word, but I know what he can do. And it was all about getting Paul fit, running fit, match fit. And today, he's played in the centre midfield role. He made some good runs into the box as well, he made challenges," said Solskjaer, whose United are two points clear atop the table, though neighbours Manchester City have a game in hand.

"He got an early yellow card, which always is dangerous, but he kept his discipline really well, and he won tackles for us. And he does everything, we know Paul can do more or less everything that's asked of a midfielder. Now he's putting all the elements together the same performances, which is great to see."

Solskjaer also hailed veteran forward Cavani after PSG's all-time leading scorer – who arrived on a free transfer at the start of the season – became the first United player whose first four Premier League goals for the club were all scored away from home.

"He's a centre forward you want in the box, his movement is incredible. It's for everyone to learn from you know. It's almost like I get frustrated at times when he goes wide to put the crosses in because he's the one that you want in there. And sometimes I have to ask him to do less running," Solskjaer added.

"Even in the second half, the header, the great save by Areola. A couple of other times and his movement is spot on. So, he's a type of centre forward we've been looking for and he complements Marcus [Rashford] and Mason [Greenwood] and Anthony [Martial] really well."