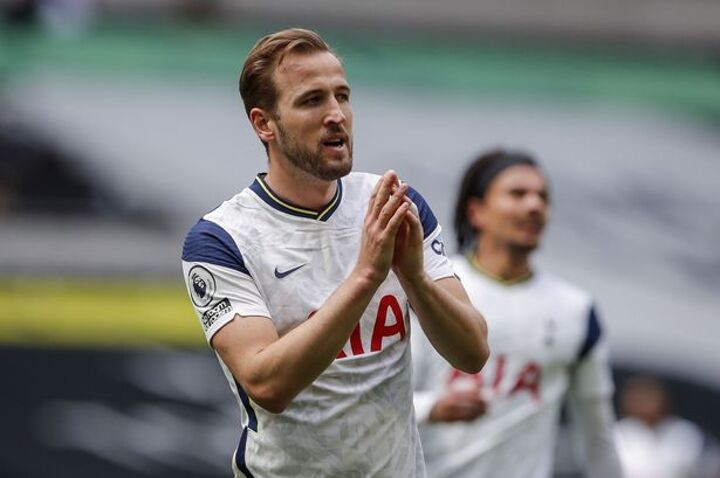 Harry Kane has asked to leave Tottenham this summer and Manchester United are one of the clubs who have been placed on alert by his potential availability.

The price tag of the England captain is likely to prove prohibitive to any deal, particularly in the current economic climate, but the club are likely to explore other options to land the striker.

Manchester City and Chelsea are said to be the two other clubs who are in the market for the Spurs captain, who has spent the entirety of his professional career - aside from loan spells - at the north London club.

Kane has enjoyed a stellar season even though it has been an underwhelming one for his club - he is the Premier League ’s joint top scorer with 22 goals and the leading providers of assists with 13.

Despite Edinson Cavani’s contract renewal meaning that United’s urgency to sign a striker this summer has been reduced, Kane's desire to leave may change their plans.

The Englishman's price tag is likely to be in the region of £150million, but he is now aged 27 and has suffered from knee injury setbacks in recent seasons.

A report in The Times outlines how United would seek to use Jesse Lingard - currently excelling on loan at West Ham - as a makeweight in the deal to reduce the price tag.

Lingard's impressive spell with the Hammers has seen his market value rocket, meaning United could use him as leverage in their attempts for any signings.

However, the Daily Mail claims that Spurs would prefer to sign striker Anthony Martial - who has fallen down the pecking order at Old Trafford this season.

United’s most-recent deals with Tottenham saw them secure the signings of Michael Carrick and Dimitar Berbatov, with direct negotiations between the clubs rare.