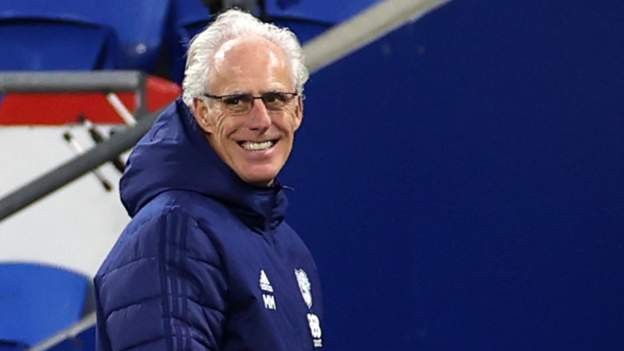 McCarthy, 62, succeeded the sacked Neil Harris as manager in January on a deal until the end of season.

"Mick is an experienced and respected manager whose work ethic, discipline and honesty I respect and admire," Cardiff owner Vincent Tan said.

The former Republic of Ireland manager, assisted by Terry Connor, has inspired a remarkable turnaround since his arrival.

The Bluebirds were 15th in the table - 13 points adrift of the play-offs and closer to the relegation zone.

The ex-Manchester City and Celtic defender has guided the club to seven wins and three draws in his 10 games in charge with Cardiff now eighth and two points off the play-offs.

"The players have responded to us over these past 10 games in the manner we hoped they would," McCarthy said.

"It's a pleasure working with them each day in training.

"Credit to them for the efforts they've put in so far and the results they've earned. They're enjoying it and deservedly so. I'm very much looking forward to the future.

"TC (Terry Connor) and I have enjoyed every minute of the time we've had at this great club so far and we're delighted to be staying. I'd like to thank Vincent for offering us the opportunity to do that."