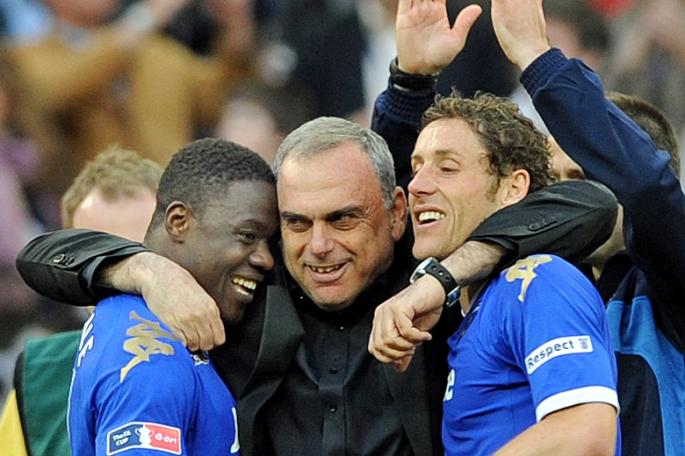 Grant, who has managed Chelsea and West Ham, has given an insight into his spell with Portsmouth between 2009 and 2010 - a time which saw Grant overcome severe financial difficulty to guide the club to the FA Cup final.

Speaking exclusively to 90min mark the release of 'Win Your Mind: Avram Grant's Motivational Nuggets to Enable You to Get the Best From Yourself' - which discusses the lessons Grant has learned to help him achieve his goals - Grant opened up about the tumultuous experience of managing a Portsmouth side in crisis.

Before Grant's arrival, Portsmouth had plunged into financial difficulties and entered administration - which saw them relegated to the Championship after having nine points deducted.

However, despite these difficulties, Grant insisted that the fact he managed to reach the FA Cup final was one of the greatest moments of his career in football.

Speaking about the release of George Ayoka's motivational book 'Win Your Mind', which showcases how Grant learned the necessary skills to overcome adversity, he said: "The thing I am most proud of in my career was Portsmouth.

"When you have to manage a team like Portsmouth, when there was no management, when they had been docked points, when there was a very limited squad, to overcome this and reach the FA Cup final was a big achievement

"The management sold four players, and they knew that it would mean we would lose points. I was angry. They punished us, and they punished the best supporters in England.

"The point deduction was completely wrong. The owners sold the players, took the money and disappeared completely.

"It was problems every day. We knew we were relegated because they would take points from us. There were also a limited number of players, and the players that we had all had a contract that said they could only play 17 or 18 games before we had to pay.

"We had a player on loan, Aruna Dindane, and I found out that, as part of his contract, we had to pay €5m to his parent side after he played 18 games. The secretary came to me and told me that he could not play anymore.

"Before the final, I spoke with the owner of Lens and I said 'we need to let him play'. He said we needed to pay the money, and I said we didn't have a single penny to do so.

"I couldn't play him, because I wasn't going to pay €5m out of my own pocket. Portsmouth hadn't even paid my salary at that time. Eventually, I was told that he could play, and he was fantastic."

The experience in Portsmouth was certainly challenging and pushed Grant to his limits but, using the skills explored in 'Win Your Mind', the boss managed to overcome the odds and create history.

"I think my hardest decision was whether to stay with Portsmouth or not. In January, I was on my way to tell the players I was leaving because we didn't have a chance," he added.

"On the way there, I saw the culture and nature of English football - especially in Portsmouth. Two old people over 90, two old women over 80, children and 100 other people who all said to me 'we will not be angry if you leave, but please stay'.

"I told them we weren't going to stay up, but when we come back from our holidays next summer, we will show the world our team, and the problems we have overcome."

'Win Your Mind' is not an autobiography, but a collection of quotes Grant used to motivate himself and others over the course of his inspirational career.

Having led sides all over the world, Grant has picked up a wealth of invaluable knowledge which can be applied to any scenario, and the book - as well as an accompanying 'Win Your Mind' podcast which is available on iTunes - will teach you the tricks to achieving your goals.