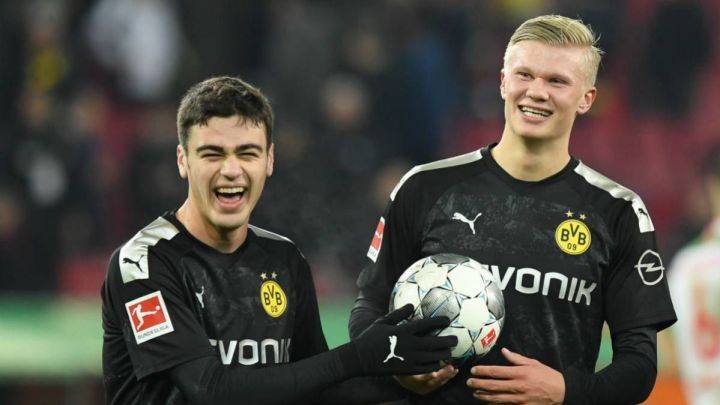 The Premier League side wants to make a formal offer to the Bundesliga club to sign Erling Haaland and Giovanni Reyna for next season.

Erling Haaland and Giovanni Reyna are having fantastic seasons with Borussia Dortmund this year and as is well known several clubs in Europe are interested in signing them for next season. The Bundesliga side is trying to weather the economic impact of the coronavirus crisis and they are said to be open to selling seven players from the first team.

Last season they lost roughly $44 million due to the pandemic and this financial year they have lost around $75 million. This is the first time the club has been in financial problems in the past 12 years. According to transfermarkt, Haaland’s current market value is $121 million and Reyna’s is $41 million.

According to 90min.com, Manchester City are preparing an offer that could be above $140 million (£100 million) for both players. Citizens’ manager, Pep Guardiola, is currently in search of a striker since Sergio Agüero is set to leave the club with his contract expiring on 30 June of this year.

Reyna and Haaland have linked up on several occasions this season and both players have a good relationship on and off the pitch. The United States international gave his first UEFA Champions League assist to Haaland in the first game of the group stage in the 3-1 defeat to Lazio.