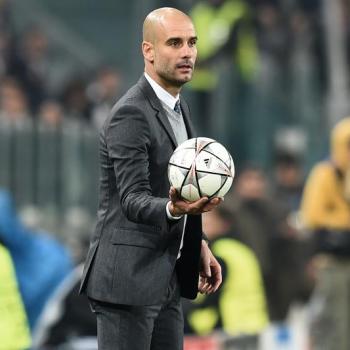 Pep Guardiola has already drawn up a wishlist to strengthen the squad at Manchester City, where he will be taking over in the summer. His four top targets are Paul Pogba, Toni Kroos, John Stones and Aymeric Laporte, while Thiago Alcântara and Ilkay Gündogan are also in his sights.

City director of football Txiki Begiristain will have the final say on signings, but Guardiola will be given considerable scope to contribute to the process.

The coach feels that the Citizens squad is currently light on quality in defence and midfield, meaning these are the areas he has earmarked as the priorities to strengthen. Despite speculation suggesting Vincent Kompany will leave at the end of the season, The Guardian reports that Begiristain is adamant that the injury-prone Belgian should stay unless a lucrative offer comes in for him.

City have promised to give Guardiola "money and love to build a dynasty", in The Guardian's words, as well as "the best working environment of his managerial career". The ambitious Manchester outfit believe that political issues have been behind Pep's rapid exits from Barcelona and Bayern Munich, and are hopeful that they can keep the Catalan around for longer at the Etihad Stadium.