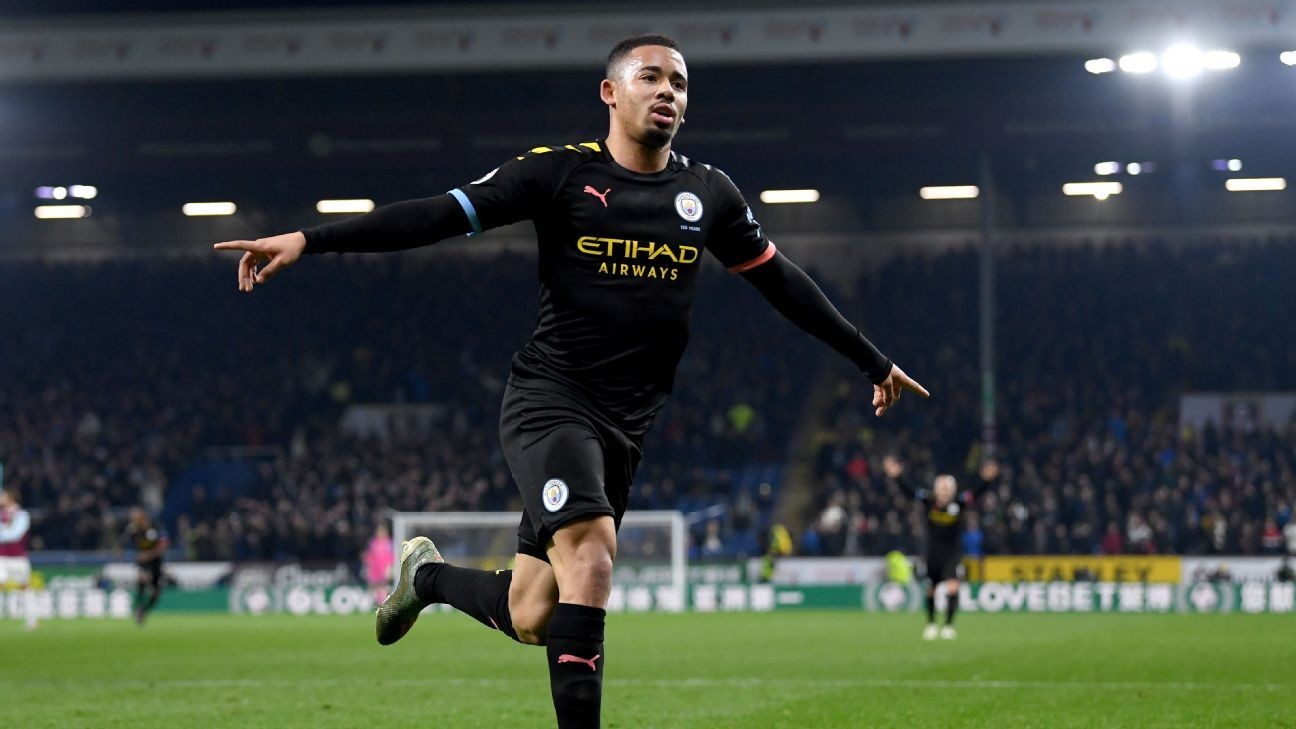 Manchester City's Gabriel Jesus struck twice and Rodri scored a screamer in a confident 4-1 win at Burnley on Tuesday as the champions showed signs they may be able to keep the Premier League title race alive.

The victory brings Pep Guardiola's side, who had drawn at Newcastle United on Saturday, back within eight points of leaders Liverpool ahead of the Merseyside derby with Everton at Anfield on Wednesday.

Jesus, who had an early effort ruled offside, eased City's nerves with a beautiful curling shot into the far corner in the 24th minute after a swift exchange of passes ending with David Silva threading the ball to the Brazilian.

Portuguese midfielder Bernardo Silva created the second for Jesus five minutes after the break with a cross to the back post which the striker, who had not scored in his previous 10 games for club and country, met with a clinical finish.

The outcome, never truly in doubt, was assured in the 68th minute when a blocked shot from David Silva fell to Rodri on the edge of the box and the Spanish midfielder blasted a thundering, unstoppable drive past goalkeeper Nick Pope to make it 3-0.

City substitute Riyad Mahrez made it four, three minutes from the end, with a low shot from the edge of the box but Guardiola will be disappointed that his team allowed Robbie Brady a late consolation goal for the home side.