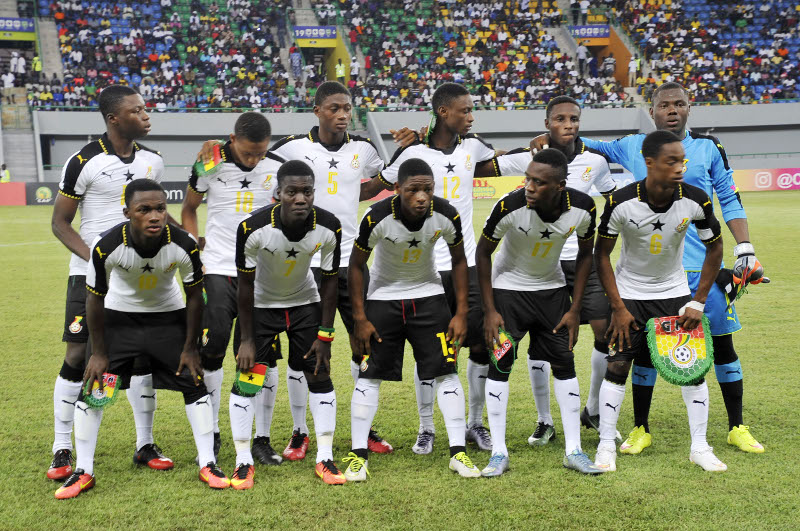 Ghana U17 coach Paa Kwesi Fabin has named a totally unrecognizable starting line-up that includes Manchester City target Aminu Mohammed and highly-rated Mohammed Kudus in his team to face Colombia in the FIFA U17 World Cup opener on Friday.

The veteran trainer has brought in several players who were not part of the squad for the Africa U17 Cup of Nations to shore up the squad and surprise their opponents.

Manchester City target Aminu Mohammed, who was not at the African Championship, comes into the starting line as well as highly rated Right to Dream playmaker Mohammed Kudus.

Also named in starting line up is WAFA talented midfielder Gideon Mensah, and slippery Ibrahim Sadiq who start in midfield alongside Mohammed Iddris.

The starting line up is dominated by players who were not part of the squad in Gabon and these players are expected to light up the squad and fire the Black Starlets to victory.

The match will be played at the Jawaharlal Nehru Stadium in New Delhi at 11:30 GMT.