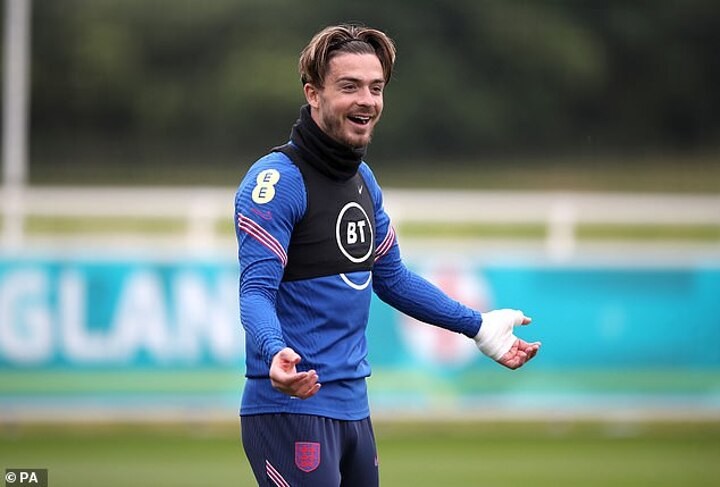 Manchester City will complete a record-breaking, £100million deal for Jack Grealish after the England star has finished representing his country at Euro 2020.

Talks between the two clubs have progressed rapidly and City, who still want to sign Harry Kane from Tottenham this summer, have now agreed a huge deal.

Grealish is currently away with the England national team at Euro 2020 and recently starred for the Three Lions in their 1-0 win over Czech Republic on Tuesday.

And according to The Sun, Villa have spoken to Grealish's representatives at  ICM Stellar Sports while the player is on international duty, with the midfielder's agents now satisfied about an agreement to leave the club this summer.

The report also says City have delayed any offer for the Villa attacker until after the European Championships but Pep Guardiola's side will bid for Grealish in July so he can join up for pre-season training.

Sportsmail first revealed City's major interest in Grealish in March, with the midfielder keen to move to the Etihad Stadium due to the prospect of working under Guardiola.

The 25-year-old has four years left on his Villa contract and has spent his entire career at the Midlands club, who do not want to see him leave the club.

But Dean Smith's side have already covered themselves in the attacking midfielder position should Grealish walk away from the club this summer, with Emiliano Buendia arriving from Norwich in a deal that could rise to £40million.

Villa also completed the free transfer of former player Ashley Young, who can also play in a wide left role similar to Grealish's at the club, after the 35-year-old chose to leave Inter Milan having just led them to Serie A.

City have already begun their pursuit of Kane and bid £100million for the Tottenham striker earlier this week, though Spurs chairman Daniel Levy values the forward at £150m.

The 27-year-old striker told managerless Tottenham last month that he wants a move to a club that can give him realistic chances of winning the Premier League and Champions League.

As a result of Grealish and Kane's potential arrivals, Guardiola may choose to sell off some of his star attacking talents to balance the books.

Sportsmail revealed last month that City will listen to offers for Raheem Sterling and Riyad Mahrez as Guardiola prepares for an overhaul of his squad following a mixed season.

City romped to the Premier League title with relative ease while they also picked up yet another Carabao Cup trophy, but were beaten in the Champions League final and FA Cup semi-final by Thomas Tuchel's Chelsea.