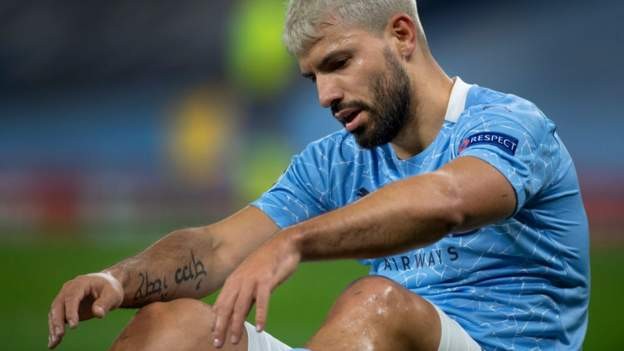 Manchester City will again be without Sergio Aguero, who has only started two league matches since suffering a serious knee injury in June.

Nathan Ake returned to the substitutes bench on Tuesday after three weeks out with a hamstring problem.

Defender Tosin Adarabioyo, who signed from Manchester City in September, is set to feature against his former club.

Fulham got a really good win against Leicester - they played very, very well.

Scott Parker's side are easy on the eye and that's a big tick for him. However, I don't think they'll have much of the ball against Manchester City.

The Cottagers aren't ones to park the bus in front of teams, but the only chance they have against Pep Guardiola's side is by having possession because they're not very good at the back.

It's also worth remembering that City have won their past nine matches against Fulham and scored a hatful of goals in the process.

Manchester City have won their past nine games against Fulham in all competitions by an aggregate score of 27-3.Fulham are on a 15-match winless run against City in league and cup (D3, L12).The Whites have gone seven hours and 51 minutes without a goal against City in all competitions.The sides met in the FA Cup fourth round at Etihad Stadium in January, with City winning 4-0.

Manchester City's tally of 15 points after nine fixtures is their lowest since 2008-09, when they had 13.They are looking to win successive league games for the first time since a six-match sequence between July and September.The five goals they scored against Burnley last weekend was as many as in their previous six league fixtures.City are unbeaten in their last 39 Premier League home games against promoted opposition (W35, D4).Riyad Mahrez, with four league goals, is the only player to score more than twice in the top flight for City this term.If selected, Phil Foden will be making his 50 Premier League appearance. Only two other City players have reached that landmark before their 21st birthday,

Fulham have won two of their past four league matches. They had previously taken just one point from their opening six games.The Cottagers are attempting successive Premier League away victories for the first time since August 2013. Scott Parker's side have seven points after 10 games, which is two more than they had at the same stage of their previous Premier League season in 2018-19.They have lost 27 of their past 28 Premier League fixtures against the established top-six teams, drawing the other at Manchester United in February 2014.Fulham have conceded a league-high 19 goals.They have been awarded five league penalties this season, second only to Leicester's tally of eight.