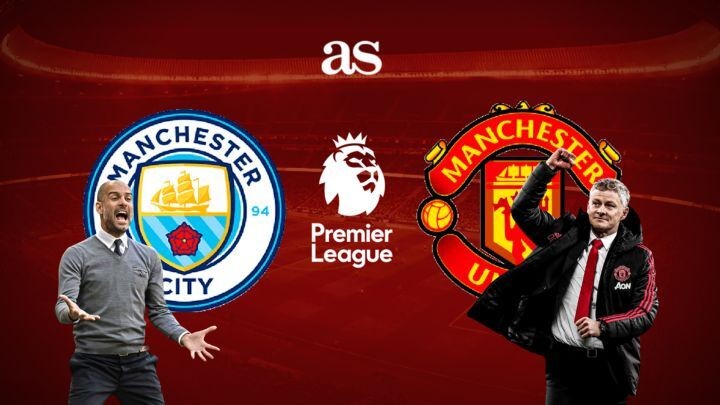 All the info you need to know on how and where to watch Manchester City host Manchester United at the Etihad Stadium (Manchester) on 07 March at 17:30 CET.

Manchester City will try to make an important step towards the Premier League title when they host neighbourly rivals Manchester United at the Etihad Stadium on Sunday.

The ‘Citizens’ are unstoppable at the moment, with a 21-game winning streak in all competitions and they will look for their 22nd victory against the ‘Red Devils’.

Who can stop City?

Pep Guardiola’s men sit atop the league table with 65 points from 27 games (10 wins, five draws and only two losses), 14 more points than United, who are sitting second with one more point than Leicester.

Moreover, the hosts will face Tottenham Hotspur in the final of the EFL Cup, while in the FA Cup they will face Everton at the quarter-final stage. And in the Champions League they did most of the job against Borussia Monchengladbach in Germany (0-2).

United need to find the back of the net

Ole Gunnar Solskjaer’s men will go into the match after a goalless draw against Crystal Palace last Wednesday and the most worrying stat for the Norwegian coach is that his team has drawn each of their last three matches 0-0 (Palace, Chelsea, Real Sociedad).

Meanwhile, United will meet AC Milan in the Europa League last-16 tie next week and still have to play against Leicester City in the quarter-finals of the FA Cup.

Guardiola has a lot of cards to play

The good news for Guardiola continues, as he has an injury-free squad for the encounter against United, with Nathan Ake overcoming a muscular problem. Players like Ilkay Gundogan, Phil Foden, Stones and Oleksandr Zinchenko will likely be in the starting XI.

In the attacking line there could be some changes and the Catalan manager could choose Raheem Sterling playing alongside Foden and Bernardo Silva, while it could be bench time for Gabriel Jesús and Sergio Agüero.

Henderson in goal, Cavani in the attack

As for the ‘Red Devils’, Dean Henderson will still be the man between the sticks as David de Gea flew to Spain for the birth of his first child.

Phil Jones, Juan Mata and Paul Pogba are still injured, but Martial and Donny van de Beek could return to the team, together with Victor Lindelof, who has overcome his back issue.

Mason Greenwood and Edinson Cavani will probably feature from the start, with the Uruguay forward back fit after an injury suffered at Selhurst Park on Wednesday.

The 2020/2021 Premier League match between Manchester City and Manchester United will be played at the Etihad Stadium (Manchester) and will kick off at 17:30 CET on Sunday 07 March 2021.

Find out what time Manchester City v Manchester United gets underway where you are in the world.

No matter where you are on the planet, you can see what channel the Manchester City vs Manchester United match is available on here.

Manchester City-Manchester United is available in most nations through the rights holders’ online platform, if they have one. The best option is to check who is showing the game in your country and if they have an online service or Ios/Android app to watch it on.

For example, in the US you can watch the game on NBCSports.com.

You can also watch it on DAZN.