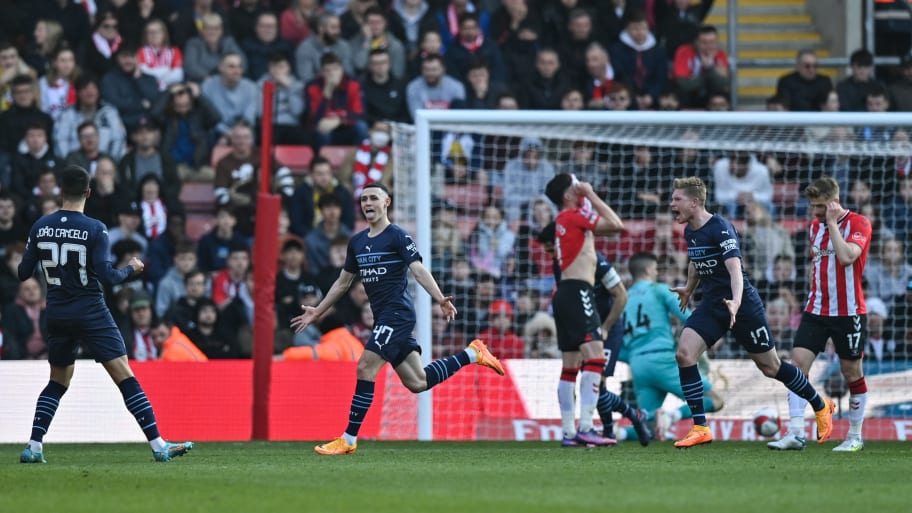 City are enduring few struggles after recording a fifth win on the spin against FC Copenhagen in midweek. Southampton, by comparison, have won just five games since February, falling to a third straight defeat at home to Everton last weekend.

Here's everything you need to know about the meeting between two clubs enjoying and enduring wildly contrasting spells.

Where are Man City vs Southampton playing?

Where can you watch Man City vs Southampton in the UK?

Where can you watch Man City vs Southampton in The United States?

Where can you watch Man City vs Southampton in Canada?

Where can you watch Man City vs Southampton Highlights?

Two of City's England internationals are under threat of missing the World Cup this winter. Kalvin Phillips underwent successful shoulder surgery last month and is optimistic about a swift recovery. However, Kyle Walker is a significant doubt with an abdominal problem.

John Stones pulled up with a hamstring injury while on international duty in September but is expected back in the next fortnight. Aymeric Laporte made his first start of the season in midweek and Rodri returned to the bench after sitting out the Manchester derby.

Pep Guardiola had the luxury of resting Erling Haaland for the second half of their Champions League saunter, limiting his Nordic goal-gobbler to just a brace.

Ralph Hasenhuttl can't point towards an overwhelming glut of injuries to explain his side's struggles this term. Tino Livramento is targeting January for his return from an ACL injury. Romeo Lavia is on a more immediate timescale but isn't expected to be back from a thigh injury until mid-October.

Southampton were one of just four teams that Manchester City failed to defeat in the Premier League last season. However, Guardiola's side romped to victory in the FA Cup during their most recent head-to-head with the Saints and come into the contest in merciless form, especially at home.

In City's six matches across all competitions at the Etihad this season, the reigning Premier League champions have scored a sickening 27 goals, averaging 4.5 per game. Up against a side on the slide, City are heavy favourites to extend their unbeaten start to the campaign.

This article was originally published on 90min as Manchester City vs Southampton: How to watch on TV live stream, team news, lineups & prediction.