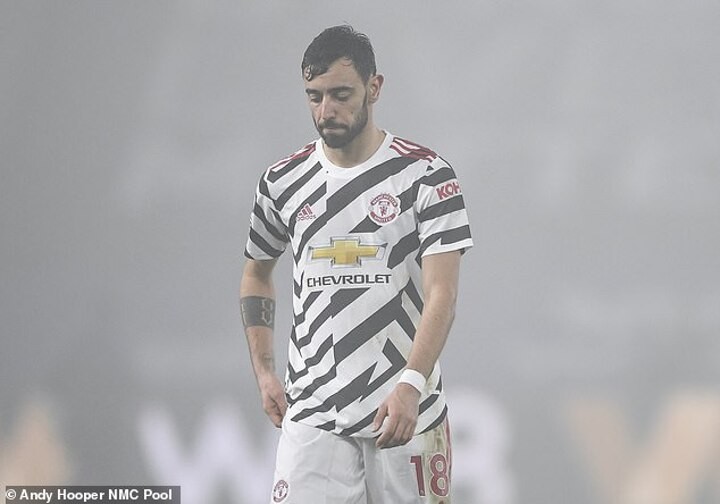 Ole Gunnar Solskjaer has hinted he is ready to block Bruno Fernandes from going on international duty with Portugal next month.

Portugal is one of the countries on the ‘red list,’ requiring anyone returning from one of them to the UK to quarantine in a government approved hotel for ten days.

With their being no exemption for elite athletes, FIFA have relaxed their rules on players being released and allowed clubs to stop them travelling.

Liverpool boss Jurgen Klopp declared on Wednesday that he intends to take up that option with any of his players at risk of having to isolate on their return including Bruno’s Portugal teammate Diogo Jota.

Solskjaer said: ‘We’ve not sat down and made a proper call on that one but it doesn’t make sense if you lose your player for 10 days isolation. We’re the ones paying the players and from what I understand that’s the rule, FIFA have given the rules that they don’t have to be released so I would think that’s’ going to be a hard call to make to let them go and play in red list countries.

‘I want Bruno ready against Brighton and hopefully that we’re through in Europe and against Tottenham after that break.’