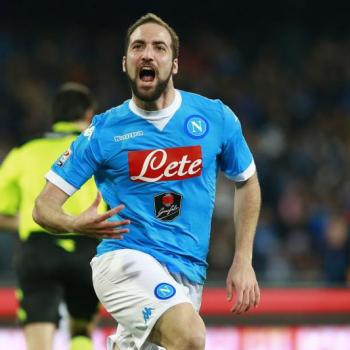 CalcioMercato are reporting that both Manchester United and Chelsea are considering a move for Napoli striker Gonzalo Higuain - a move which may involve triggering his £74m release clause.

The 28-year-old has been in fine form this season, having already scored 31 times for the Italian side. Both Manchester United and Chelsea have lacked options up front this season and would be expected to recruit in this department in the upcoming summer transfer window, however it remains to be seen whether they would be willing to trigger such a large release clause in order to secure the services of the Frenchman.