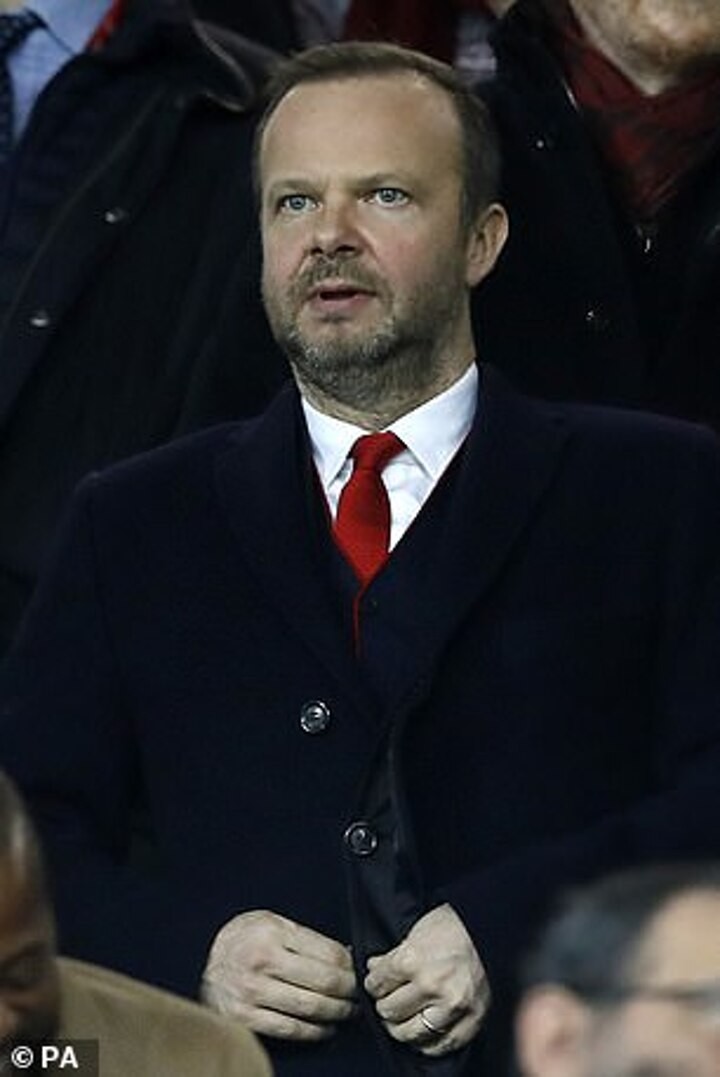 United were top of the Premier League in January but have dropped 13 points in the last eight games, allowing Manchester City to go clear ahead of the Etihad derby on Sunday.

United also went out of the Carabao Cup semi-finals to City but have reached the quarter-finals of the FA Cup and are through to the last 16 of the Europa League.

Following the release of United’s second quarter financial figures on Thursday night, Woodward praised Solskjaer for the ‘progress’ he has made this season.

‘The progress made by Ole and the players this season is clear, and our thriving academy and women’s team are also adding to the optimism we feel about the future on and off the pitch,’ said Woodward.

According to the latest figures, United’s net debt has risen by £64.2million to £455.5m as a result of a drop in the club’s cash reserves which have been further hit by the Covid pandemic.

Matchday and commercial revenue was less than the same quarter last year, although broadcast income rose £44m due to United's participation in the Champions League.

The club believe that the ability to withstand the worst of the coronavirus crisis is testament to its business model, and Woodward was optimistic about the future when he spoke to investors after ‘an extraordinarily challenging year’.

‘The return of our fans to Old Trafford, enabled by strong vaccine deployment in the UK and the easing of lockdown restrictions, is no doubt a light at the end of the tunnel in the near-term,’ he said.

‘And while we are pleased about this season’s on-pitch progress and the strength of our current squad, we are equally bullish on our long-term prospects.

‘Our best-in-class digital operations, increased fan engagement, enduring sponsor partnerships that facilitate investment in the squad, the strength of our academy and most importantly – our self-sustaining operating model – will all enable this club to emerge from this crisis in a stronger relative position.

‘While our focus today is on the second fiscal quarter, it is also an opportunity to reflect on what has been an extraordinarily challenging year for Manchester United, for football, and for society as a whole.

‘It is almost 12 months since the pandemic began to tighten its grip on the UK and we were required to close Old Trafford to supporters. As I’ve said before, their absence has only highlighted the importance of fans to the fabric of football, and we can’t wait to welcome them back.

‘However, while matchdays have not been the same, we are proud to have played our part in keeping football going to maintain a precious source of entertainment and community for fans around the world.

‘I want to pay tribute in particular to our coaching, medical and support staff who have enabled this hectic schedule of matches to continue in very difficult circumstances.

‘The past year has tested our club’s resilience and values and I am pleased with how we have performed in both respects.

‘Demand for live football remains strong and we feel very confident about the long-term prospects for our sport. In the near-term, our focus remains on preparing for the return of fans to Old Trafford.

‘Initially this will be with limits on capacity, but we are hopeful of crowds ramping back up to full capacity next season.’