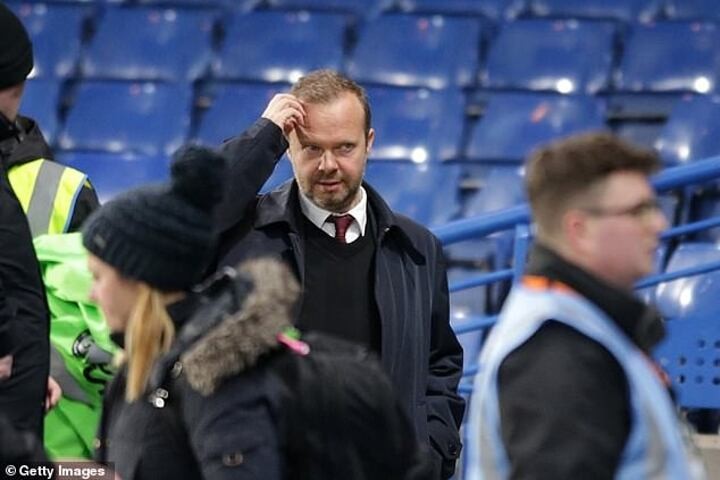 Ed Woodward has opened up on Manchester United's involvement in the controversial Project Big Picture plans as the chief executive denied the move was a 'behind closed doors power grab'.

United and Liverpool, as well as EFL chairman Rick Parry, were this October behind plans for a radical restructure of the Premier League that would bring increased funding for the EFL, reduce the top flight from 20 to 18 clubs and scrap the League Cup and Community Shield.

The plans were overwhelmingly rejected by the other top flight clubs at a dramatic meeting between shareholders, although the Premier League agreed to fast-track a strategic review which will include all elements of Liverpool and United’s controversial proposal.

The secret plan was ongoing for three years, but only broke after The Telegraph reported the story. The two clubs have been accused of attempting to make a massive power grab to put all the big decisions in the hands of a select few clubs at the top of the tree.

But unpopular United chief Woodward has insisted that those claims are inaccurate, and that the club's intentions are to improve the domestic game, as well as UEFA competitions amid talk of a European Super League.

Speaking at a recent Manchester United fans’ forum, Woodward said: 'A strong Premier League and a financially sustainable and robust pyramid are both crucial to the health of the national game and that’s the principle we will continue to pursue within the strategic review recently launched by the Premier League.

'Those objectives were at the heart of our involvement in Project Big Picture. It’s important to reflect that this was a work in progress. It was not a behind closed doors power grab; only draft proposals and a discussion document. The next step would have been to roll them out to all stakeholders in search of consensus.'

Woodward added that United are heavily involved in talks over the future of European club competitions. The proposed 'Super League' would see more than a dozen teams across England, France, Germany, Italy and Spain become founding members of the new competition, away from UEFA.

There is a provisional date of 2022 for the European Super League to get underway and as many as five English teams could be involved in it.

'We are also at the centre of discussions about the future of European club competitions and, as with the reporting of Project Big Picture, context is important,' Woodward continued.

'Most of my time in this regard is focused, through the ECA [European Club Association] and the UCCSA [a joint-venture between the ECA and UEFA], on the strengthening of existing UEFA club competitions.

'The dialogue focuses on them continuing to be predominantly mid-week games having little or no impact on the Premier League.

'We believe that any changes to European competition post-2024 must be complementary to thriving domestic leagues. Other domestic leagues feel the same way, reflected in conversation with our counterparts in other clubs and countries.

'We expect progress with UEFA through the ECA to be made in coming months. We’ll stay in dialogue with ECA and UEFA and we will endeavour to keep this Forum abreast of key developments.'

The Champions League is set for a mammoth shake up amid recent reports that UEFA are considering revamping the group stages to introduce a 'Swiss style' league in the hope of calming talk of a breakaway Super League.