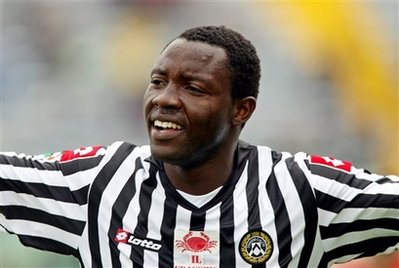 United boss Sir Alex Ferguson is casting his net wide as he seeks to boost his midfield.

Asamoah is a box-to-box midfielder rated at Â£8 million by Udinese.

The former Liberty Professionals player is contracted to the Little Zebras until 2015.