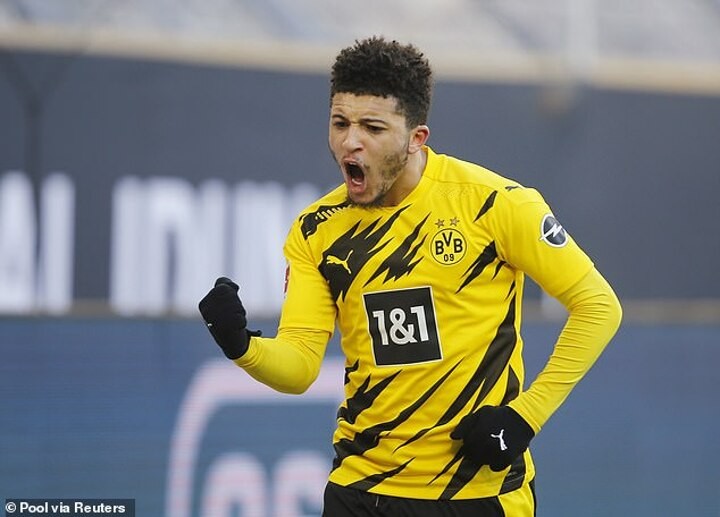 Watzke has insisted Dortmund would 'no longer rule anything out' in terms of outgoings this summer with the coronavirus pandemic continuing to wreak havoc with the finances of clubs around the world.

His admission might hand Manchester United a boost in their pursuit of the highly-rated England international.

United fell short of signing Sancho before the season with their Bundesliga counterparts having remained firm over their eye-watering £108million price tag.

Their previously steadfast position has now changed, however, with Watzke admitting Dortmund may be forced into selling players.

'In the midst of a pandemic, I no longer rule anything out,' he told Handelsblatt.

'But it is not necessarily aspired to. Above all, there is the financial balance: that we have a strong team on the field and are economically stable at the same time.

'Asking banks for credit lines at the drop of a hat just to avoid selling a player will not be our way.'

Sportsmail reported in September that United were preparing a last-gasp bid for Sancho, understood to be in the region of £90m, but the club ultimately baulked at his valuation and failed to wrap up the move.

Interest from United in strengthening their right-wing options is no secret - and rampant links between Sancho and the Old Trafford giants have continued to persist across the campaign.

Watzke's pledge that Dortmund would not fall into financial oblivion appears to lend credence to the latest reports emerging from Germany.

It has been claimed Sancho's asking price now stands at £88m, a figure which may prove much more affordable for United should they re-ignite their desire for a deal.

Sport1 journalist Patrick Berger even posted on Twitter that Dortmund 'expect' Sancho to leave this summer.

Sancho has made 29 appearances in all competitions this term, scoring 10 goals and recording 15 assists.

His sluggish start to the season led to former boss Lucien Favre admitting United's failed bid may have affected him.

His impressive turnaround has seen a number of elite clubs, including Chelsea, touted to swoop for him again, though.