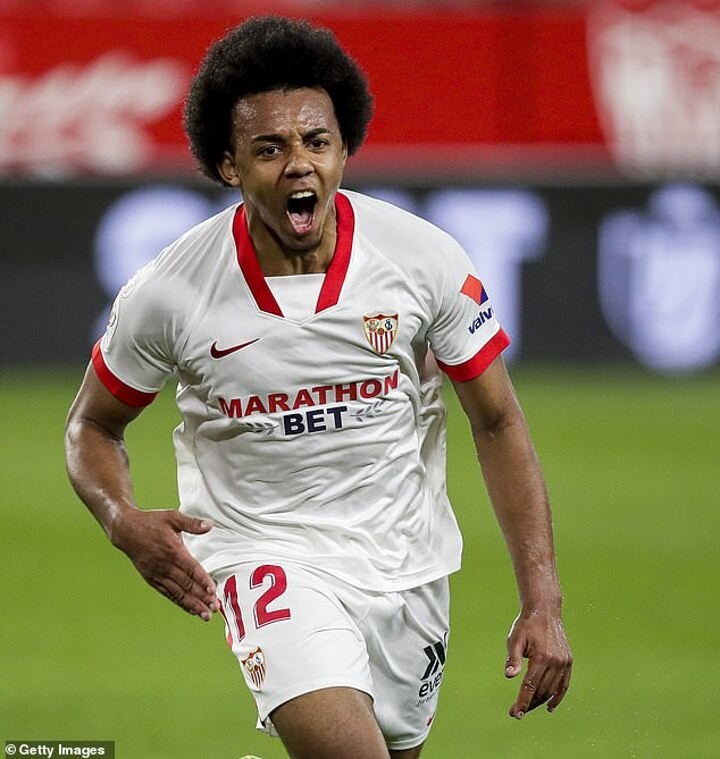 Manchester United are preparing a move for Sevilla defender Jules Kounde in addition to their pursuit of Raphael Varane.

United are pushing ahead with a move for Real Madrid star Varane, but Ole Gunnar Solskjaer is also keen on a deal for Varane's French international team-mate Kounde.

Solskjaer has made defensive reinforcements one of his top priorities this summer and Kounde has been on United's wanted list for some time.

Kounde, who was part of France's squad at this summer's Euros, has established himself as one of the best young defenders in Europe since joining Sevilla from Bordeaux in 2019.

A number of clubs, including Chelsea, Tottenham and Real Madrid have all been credited with an interest in Kounde, but United are ready to offer him the opportunity of a move to Old Trafford.

Kounde's potential and versatility in that he can also play at right-back fits the criteria for the young type of player Solskjaer is looking to add to his squad at United.

Sevilla are reluctant to lose Kounde, who is under contract until 2024, but they are bracing themselves for offers for the 22-year-old before the close of the transfer window.